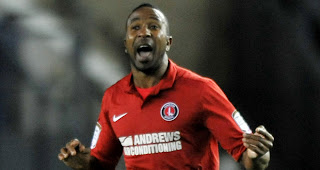 A sublime goal from Ricardo Fuller set up a rather laboured win for the Addicks against the Posh.

Peterborough didn't come to the Valley to sit back and defend on Tuesday. They gave it a decent go especially when one considers their position. Their oft dreadful passing and decision making belied any air of positivity and confidence though. Their keeper in particular was guilty of some shocking kicks.

Tubby Tomlin and Boyd stood out for them. Tomlin forced Hamer into a full length save in the second half amidst some nice touches of skill. Boyd's control and passing was top drawer.

We were fortunate to a large extent that the Posh didn't score as they could easily have done so on occasion.

Last season the lack of injuries and suspensions served us well and with Sir Chris being able to filed a regular starting eleven that continuity paid dividends. This term of course it is very different and it's clear for all to see.

Our defending at short corners for instance was woeful on a couple of occasions. Only one player going out to it and it could have cost us dear, if repeated on Saturday it almost certainly will. One can only assume that this wasn't down to a lack on concentration more that it was a direct result of changing personnel and the roles associated with them.

Seabourne looked every bit a centre-back playing at full back. None of which bodes well for Saturday.

It was great to see Yann back for the full ninety and I think he'll serve us well on Saturday as I believe it is a game tailor-made for him.

What a goal from Fuller, a piece of quality and class. Only he in our team can score a goal like that. With Sir Chris again showing apparent blindness to the availability of his subs it was probably the only way we were going to break the deadlock.

I thought the boss had turned the corner on his use of subs but I fear not. Dilly-dally like that on Saturday and we'll pay the price.

Naturally we were all pleased to see Yann score. What a guy !

The loss of Morrison and it would seem Fuller are massive blows as we attempt to secure a rare away victory at the Toolbox.