Personally, I'm glad to be saying goodbye to 2013, it's not been a great year.

Hopefully, 2014 will see an upturn in the fortunes of the club at least although as I type, that seems increasingly less likely. Who knows ? There have been so many false dawns perhaps one of them will transform into reality.

Thank you for stopping by over the year and taking time to read my stuff. Even bigger thanks if you've taken time out to post a comment ( Boro and Leeds fans excepted ! ). Thankfully we don't all see things the same way otherwise there'd be little to discuss and comment on.

One thing we can all agree on the common love of our great club that for most of us is in our blood and has passed through the generations. For all its faults, Charlton Athletic Football Club continues to bring friends and families alike together. For the most part it has some decent, honourable and remarkable associated with it. It's a club to be proud of !

Thanks as always to Ketts for hosting me on Doctor Kish. Thanks too, to the East Stand posse for our half time chats.

My gratitude to others who blog. We are fortunate to have a variety of quality blogs each giving varying views on the goings on in SE7.

Enjoy yourselves tonight whatever you are doing. I've got some Landlord to enjoy later.

Any kind of result for our boys tomorrow will be a good end to the festive period and start to 2014. 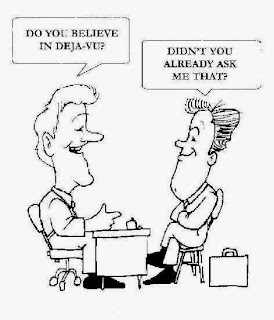 I could do the old C & P and save myself some time. As others have said, we didn't want for effort or commitment yesterday and certainly deserved something from the game against a surprisingly poor Derby side.

In all honesty, we never stood a chance with the way we were set up. Sordell must have given up wondering what he has to do to get a start. If we were going to start 4-4-1-1 then he'd ( and few others come to that ) would have been a good bet to play in the hole. He didn't of course and got the customary 5 minutes at the end as part of a 3 man attack.

Yet again Stewart was forced to play on the left whilst a less effective right winger, Green, was selected for that berth. I simply fail to understand that. As I've said, ad infinitum, you must play your best players in their best position. Stewart would get a place in the vast majority of championship sides but doesn't get to play in his proper place.

Given the recent amount of games played in the last 3 weeks or so you'd have thought the squad might have been used to better effect but despite that and the poor results it's been pretty samey. Pritchard hasn't even been on the bench of late and suddenly gets a start and in THAT position !

We should have taken a positive approach and gone 4-4-2 with Harriott on the left and Stewart on the right. I don't say that with the benefit of hindsight either.

Even having started how we did the changes should and could have been made. I'd have done that after 30 minutes or half time even.........sadly it didn't happen.

Our target man, Yann, was often to be seen defending deep into out half and on occasion winning the ball in out own area. How were we going to counter attack with him so deep ?

The ref was awful and we didn't get any luck and the major decisions went against us but as I said we didn't stand a chance the way we set up.

Sir Chris has to learn from all this. I appreciate that we don't have the prospect of any fresh blood but we do have in our squad players capable of achieving a result. However, to do so we must use them to good effect.

Our options are further limited next week as Sordell isn't eligible but even if he were, he'd only get 5 minutes at best eh ?

We can't feel sorry for ourselves, we must keep soldiering on as hard as that may seem. 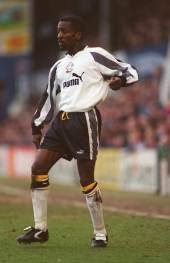 Sir Chris in his Derby days

Given the way things have gone for our beloved club in the last few weeks it is entirely in keeping with recent events that the fixture computer threw up Derby as our next opponents. They are in a fine run of form in total contrast to ourselves. We would appear to be lambs to the slaughter.

Still there's no point in bleating about it and it's certainly no time to be sheepish. Father Powell needs to look after his flock and even though they walk through the darkest Valley, they will fear no evil.

In keeping with the biblical references, Jiminez and Slater have been seeking false " profits " in apparently asking what appears to be too high a price for our club.

It all points to Saturday and the Rams compounding our misery. Their fortunes have been on the up since McLaren took over. Despite most people's memory of McLaren being that of a failed England manager ( and let's face it he should never have been given the job ), the brolly and the laughable Dutch accent, he is a top class coach. Since his departure from the England job he has gained further club success and knowledge whilst mostly working abroad. He is one of the top English club managers, make no mistake about that.

Skip is out and so Chris Powell has to decide who should come in to replace him. Of late the only place you could see Bradley Pritchard in December is on the calendar in my kitchen. However, I wouldn't be surprised to see him make a Lazarus ( of Bethany not Paul the ex-Addick ) like recovery.

My preference is for Harriott to return on the left. I fear we may see Green return on the right with Stewart playing on the left again. Stewart should play on the right despite his stunning strike last week. All credit to Alnwick for the assist. He seems to further cement his place in the with each passing game. Hamer really does face a tough task to get back in.

I assume that Chris Solly will be returned to a starting berth at right back.

I've given up hope of seeing Sordell start up front with Yann. It will of course be Church and Yann starting.

Whatever happens on Saturday, I hope that we are positive and use the subs wisely. I trust that if we are ahead we use all our nous to ensure that we hold on to what we have and see ourselves over the line. It's a tough ask but we must all get behind the team, get a long overdue bit of luck, give them support and then perhaps our prayers will be answered. Amen to that eh ? 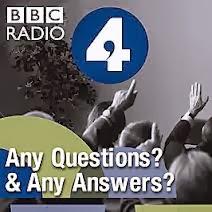 In some quarters Tuesday's win was greeted with some over-hype of the performance. Let's be honest Donny were very poor and whilst we played quite well, it wasn't anything to get carried away with. However, some did...........Ipswich were always going to be a tough nut to crack.

Our sluggish start was in stark contrast to Town's frenetic approach and appropriately, rabbits in headlights springs to mind. It was clear that it was only a matter of time before they'd score.

At least going behind galvanised us into action and some sort of response. Sadly that came to mean the old approach of banging long balls up front. I thought Yann would need a neck-brace at half time given he spent the first 45 minutes straining to head the ball every couple of minutes.

Alnwick had already shown his pedigree with three or four splendid saves prior to us going behind. His distribution and communication were again first class. Ben distributes the ball quickly and accurately and looks a very tidy keeper. Hamer may struggle to get back in on the first two viewings of Alnwick.

The referee yesterday did nothing to help our cause and has seemingly never heard of " advantage " as he wasted many opportunities to play it, never did and in each case it worked against us. I wasn't impressed.

Clearly Sir Chris had words at half time as a more determined approach was evident. However, we never really troubled Town. When we did create something we didn't have players in the box to take advantage.

Now then, to the answers required....................on Tuesday when cruising to victory and faced with a busy schedule why didn't we get Sordell on for a decent run out ( preferably partnering Yann ) ? Why didn't Harriott get on and give Jackson a rest ? This would have given us a chance to prepare for a possible formation against yesterday's opponents.

Answers required from yesterday....................having said that Skip was never going to play on the left again, why was he doing just that ? Got away with it against Rovers but not yesterday. Skip's preference to come inside gave us no width.

Why wasn't Harriott not even on the bench ? I'm not aware of an injury. I'd have started him in place of Skip.

Why did we throw Pigott and Green on ? 1. Pigott hasn't Sordell's experience and is very samey as Church. 2. Green came on and played on the right forcing our best right sided midfielder, Stewart, to move across to the left ! I've never been a fan of playing your better players out of position and it was clear from Tuesday that Stewart is much better on the right. 3. Sordell offers something different aside from Joe getting on before him was a slap in the face. 4. In the absence of Harriott why not get Evina on and play him wide left ?

Sordell came on with @ 5 minutes to go to play as part of 3 up front.......what was he expected to do ? I can't imagine that was practised on the training ground beforehand ! I'm as aware as anyone that Marvin's not pulling up any trees but he deserves more of a chance, he's not going to get any better by getting the odd few minutes and when he does get on we're nearly always chasing a lost cause. That's why some decent time on Tuesday would have helped.

I ask these questions because it seems that many aren't. I love Sir Chris and let me be clear that I've always wanted him as our manager and want him to stay as I think, long term he'll be great. However, I'm confused by some of the selections, approach and use of subs by the management team.

I don't think we always give ourselves the best chance to get something from games on occasions.

We now face two tough away games that were made harder in light of results on Friday evening and yesterday. The latter of which no one saw coming !

We really need Sir Chris to make the best of his powers of motivation to get something in the week ahead.