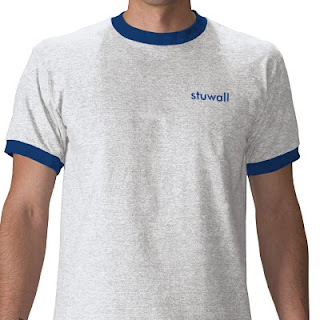 Let's hope that Stuwall has sorted his ticket this time......


After the disaster that was the Middlesbrough game we’d have all happily “ settled “ for a return of 13 points from the next 5 games. However, having failed to beat 10 men Huddersfield and a somewhat lacklustre performance against Peterborough one can feel a little deflated. Realistically given all the injuries one shouldn’t dwell on that.

All in all it’s been a bl**dy good effort from all concerned and the view really ought to be that we’ve turned a corner. We have now found our feet at this level and are, as has been shown, capable of beating anyone……..

The ellipses are at the end of that sentence because should we win on Saturday against that lot then that statement will be complete and entirely correct. Typically we don’t do well in that den of iniquity and given that they’ve been on an even better run than us would suggest there’s not a worse time to play them.

Critically missing a natural left back, Morrison and Fuller won’t help in that equation either. Yet, and yet, this is football, this is Charlton and despite all the set backs, let downs etc. occasionally our team does something rather splendid and makes you really, really proud. Could it happen this weekend ?

Let’s hope it does. If we lose, we’ll not be too downhearted. We need only remind ourselves of those less fortunate than ourselves…….it won’t be too difficult. We could be supporting a club with a pitiful average gate that only rises above mediocrity when we play them. We could be watching our team play in one of the worst stadiums known to man. We could be amongst a bunch of fans for whom erudite means a type of glue.

What of the Millwall team then ? Don’t know really and not interested to be honest. I know some bloke named Racon went there and occasionally sits on the bench. Another chap called N’Guessan wants away to sunnier climes, aside from that I’m not aware.

It will be a hot atmosphere that’s for sure and one hopes that we can keep all eleven on the pitch but I’d have concerns that Yann and Frimpong might go at some stage, I hope not of course.

Lets’ hope our boys can do it and put up a good fight and that we can come away from that place with something to show for it. Come on lads, you can do it !