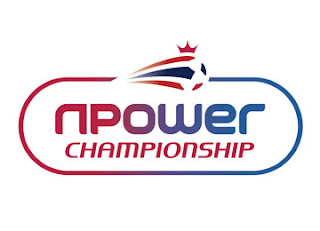 I trust that everyone is enjoying the break following a fabulous season last time out. Let's hope the sun will finally come out and stay a while. If I do have any time away it will be in Blighty and probably taking in some cricket in God's chosen county so decent weather is somewhat central to the success of that.

Tomorrow sees the long awaited release of the Championship fixtures. These are hardly set in stone and by the time Sky has finished bu**ering around with them the best indication it'll give is what month we are likely to be playing each time.

One of the main things we'll miss about League One, record breaking wins etc. aside is a regular 3pm Saturday kick off. Games against Palarse and the Spanners are likely to be moved to Friday evening kick offs. Other fixtures may well be midday on a Sunday or somesuch.

A decent scheduling for the Blackpool away game would be appreciated but the law of sod suggests a Tuesday night in February. I assume or rather, would like to assume, that Euelltide will see us play London derbies or Watford at worst. With MK Dons failing ( again ) in the playoffs, Watford is the most local fixture for me and it's a welcome return to Peterborough, all being well......I like it there !

I'm very pleased with the one competitive fixture we do know of, that being the League Cup fixture with the O's as I've a soft spot for them. I'm not sure if it's unique but this being playing before the season kicks off is unusual and presents something of a dilemma to Sir Chris. How strong does he make the side ? He'll probably aim to strike a balance between those he sees starting on the following Saturday alongside one or two fringe players.

Given that we're not playing home friendlies due to the Olympics, does anyone know why we are allowed to play the Orient game before they've finished ? Very odd.

Of course we're all looking forward to the Championship but I will miss some aspects of League One in addition to the one I referred to earlier. For a start we can expect some ludicrous prices for some away games......exhibit A Leeds United. It's likely to be super silly up there.

The new giants of Cardiff City who've just flushed all their pride and history down the pan in selling their soul will probably raise prices as the owners look to recoup some money on their investment. Anyone else think that particular " project " will end in tears ?  Obviously the far sighted Vera Lynn does....." There'll be Bluebirds over the white cliffs of Dover ".......just prior to jumping off to put an end to the despair of it all.

Whatever, whenever we play I'm looking forward to it. In the meantime any potential extended stay by the England side means we can enjoy watching John Terry repeatedly being outpaced by geriatrics and perhaps more of Wellbeck's cliche-ridden interviews !