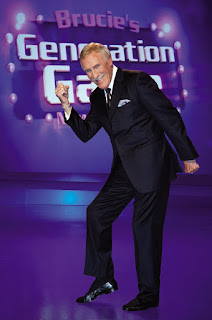 A reasonably comfortable win on Saturday against a poor Cobblers side who are struggling to get their season off the ground.

It’s fair to say that the eventual scoreline didn’t flatter The Addicks and was just reward for their overall performance.

Late on we ought to have had a penalty when Konsa was brought down by the keeper. I’m sure the ref would have given it greater consideration had the score been different.

I’ve not seen Amos play before but have noted many fans say that was his most assured display to date. Oh dear ! He was very hesitant in the first half with little communication with the defence.

In one instance in the first half he was called upon to make a good save that would not have been necessary had he come and claimed the ball in the first place. Hopefully he will improve but he didn’t fill me with confidence and I don’t recall Phillips being any worse at the very least.

That a below par Northampton side were still in the game with a few minutes to go is a worry. They should have been put to bed. A better side will punish our profligacy in front of goal. In addition, our last two goals arose as the Cobblers were chasing the game albeit that the fourth was a wonderful strike.

However, a win’s a win and the football was certainly easier on the eye than the fayre we saw from Mr Slade’s teams.

I am still tolerating Robinson and avoiding listening to his many interviews. I’ve decided that’s for the best ! However, I was unable to avoid his post-match celebrations which for me are over the top.

He can celebrate like that once we’ve achieved something so please save it for then.

Tonight we are away ( at least I think we are ) to Norwich in the League Cup travelling with a much changed team and I’m behind Robinson’s approach to this. It’s unlikely we’ll progress to the next round but if by some chance we should you won’t find me up at 4.30am or whatever trying to catch the draw.

A good performance and an honourable defeat would be acceptable. We have bigger fish to fry on Saturday for the second of our upcoming four consecutive away games. 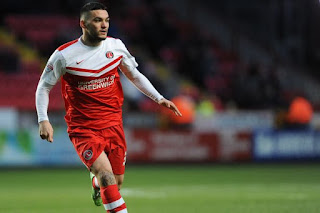 There you have it – the enigmatic Scot has finally left the building and this time he’s not coming back. A most frustrating player who clearly needs to sort his attitude and approach almost to the extent that he ought to be asking himself if he really wants to be a professional footballer.

Tony was lucky enough to find one more saloon of the last chance variety in which to imbibe. How long he has in there remains to be seen. For a man who has reportedly suffered a lot of homesickness a move to Belgium would seem far from ideal.

However, I guess he had little choice as football league clubs are seemingly not prepared to take a chance on him.

Clearly there’s a good player in there somewhere as he showed the Valley faithful on occasions. It’s a shame and I sincerely hope that he can sort himself out make a success of his latest move.

Like a lot of what he says Robinson’s insistence that the club were aware of his impending departure and that a replacement is already lined up sounds and looks rather hollow. A bit like how he was going to sort Tony Watt.

Regular readers will know that I’m not exactly chairman of the Karl Robinson fan club. He has continued to make the silly comments and rash statements that have typified his tenure to date.

He promised 5 new signings before he went on holiday and of course they never materialised. 2 players for each position hasn’t happened either and some cases one player for a position would be a blessing !

I’m trying to avoid listening to his numerous interviews and will try to tolerate him.

Despite my aversion towards him I hope he succeeds. As a fan of the club I want him to be a success I just doubt he’s the man to take us there.

Ben Reeves is a risky signing. There’s no doubting his quality and if he stays fit then he can provide the bullets. However, clearly no Championship side wanted to take a risk on him. Keep those fingers crossed folks.

The goalkeeping position is a strange one. I do wish he’d give Phillips a chance. He doesn’t need to go out on loan when there’s nothing better in S.E.7 and he’s a good prospect.

I’m wondering why it’s taking so long with Martin assuming both parties want him at Charlton. Amos looks very much a last moment signing and hasn’t filled the Valley faithful with confidence. He was very much at fault for Plymouth’s second at the weekend.

Elsewhere Robinson seems to have recruited quite well. Clearly he needs to add a striker and a goalkeeper assuming his desire not to play the aforementioned Phillips remains.

The team has had a good pre-season and played some good football. Sadly, it doesn’t count for much when the league kicks in as Ipswich will happily testify.

A battling win over Bristol Rovers and the cup win over Exeter were followed by the defeat at Plymouth. Unfortunately, we failed to take our chances in the first half and followed it up with a disappointing second half.

The Pilgrims knew how to play us and we offered little in return. We do need to have another way of playing if Robinson’s preferred system isn’t working. It was his inflexibility that marred most the games last season.

Passing the ball around with little end result was typical of the Dons under Robinson in his last two seasons. Let’s hope it doesn’t become the hallmark of this.

When he got them promoted he had Afobe, Grigg and Dele Alli who between them they scored 47 of their 101 goals. Clearly having those 3 in any team has to help and makes it easier to implement Robinson’s way of playing.

He hasn’t got that calibre of player available at present and will do well do anything near to emulating that success. If he is to do that then the oft mentioned 20 goal a season striker will be very much needed.

Obviously it’s too early to judge how this season will pan out and it will need at least 10 games before a more informed assessment can be made.

In the meantime on Saturday we face a Northampton side that has lost all three games this season 1-0. Strangely this is their third away league game as I assume some work is being done on Sixfields.

Let’s hope the team can return to winning ways. 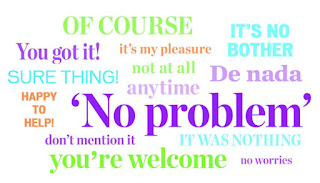 I missed the start of the season as I’ve been away on my hols. We were in Orlando for 2 weeks as at the ripe old age of 57 I finally made it across the pond ! Such is my limited experience of travelling abroad that this was in fact my first venture outside Europe.

I have to say that I thoroughly enjoyed our “ vacation “ ! The service and general friendliness of people was great. It’s easy to dismiss the “ have a nice day “ culture as a bit cheesy but I found it all very refreshing. A stark contrast to a lot of surly attitudes that one encounters on occasion here in Blighty.

It may be the land of tipping but folk do earn those tips and you don’t mind when you receive good, friendly and efficient service.

I had no trouble adjusting to that nor the larger portions that you get in the various restaurants and diners. Probably just as well for my waistline that I had to come home.

On our return we had an internal flight from Orlando to Philadelphia. Not a particularly notable flight save for an odorous ending !

Upon starting our descent it became clear that a rather unpleasant had appeared on board. My partner immediately made me prime suspect as the frequently asked “ who cut the cheese “ was on passengers minds.

However, I was not guilty m’lud not least because one doesn’t guff on planes, trains and automobiles – one has to have standards ! Upon leaving the aircraft it became evident that there was a cat amongst the passengers and it had pooped ! Lovely ! Thank God that didn’t happen a lot earlier.

I’ve no idea why the malodorous moggy was allowed on the flight but it’s not an experience I’d like to relive anytime soon.

We did Disney and Universal parks plus Seaworld and also some waterparks. All of it was very well done and there were some superb rides and attractions.

I enjoyed them all from the rollercoasters to small rides like “ It’s a small world “ although I didn’t meet anyone I knew on that so clearly they've got that wrong !

I had envisaged long queues for a number of rides but I’m pleased to report that this wasn’t the case. Disney allow you 3 Fastpasses each day included in the price of your ticket. In addition, for other rides you can get time stamped Fastpasses to save you the queuing time.

The more exciting rides are at Universal although they to me have a more of an approach to screw you for as much money as possible. I didn’t feel that so much with Disney.

If you could marry Universal’s rides with Disney’s guest experience then you almost have the perfect park.

Anyway that’s all done now and I am looking forward to a return to the Valley once more but will I be treated to as many thrills as I have experienced recently ?
Posted by Phil at 19:43 2 comments: