Has anyone got any funny shaped vegetables ( not wearing a red shirt please... ) that they can show me ? I could do with a laugh !

As many others have said I can take a defeat against a side that has played well where we have given our all and played with passion, heart and desire. Sadly that was missing from nearly every player in a Charlton shirt yesterday.

What was it Yann said recently in response to a remark that the fans do not expect to win every game....." but they do expect effort ! ". Exactly and all that and more were missing yesterday.

I can't recall in recent times a worse Millwall side than that which pitched up at The Valley yesterday. They were marginally less bad than us ( I've omitted a four letter word there ).

It's pointless talking up the game before hand and how much each player appreciates the history and significance of it to the fans if when you set foot on the pitch you serve up a pathetic performance almost beyond compare.

Sometimes in victory it's not fair to single any one person our for praise, in this defeat it's hard not to lay the blame on just about every player.

However Sir Chris set us up to play I can't believe that it was to hoof ( see picture above ) it up field all afternoon. Even if it were I'd like to think the players have sufficient footballing nous to appreciate that the Lions defence was mopping it up all afternoon and a change of approach was needed.

We needed to go at Millwall from the off and so the omission of either or indeed both of Stewart and Harriot ( especially in the light of Yann's ongoing injury ) was criminal. That they didn't come on at half time leaves me speechless. If one or both of those doesn't start next Saturday I've no idea what we're doing.

Our striking options aren't great right now. It was too much to throw young Joe into this game for his full league debut and it speaks volumes about Sordell's performances and confidence that Joe got the nod over him. We could do with loan signing of a striker ( one from Man Utd would seem to be ideal judging from elsewhere in the Championship yesterday ! ) but I'd love Obika to come back but Brighton will probably prove more attractive.

Next up is Burnley who are proving the early surprise package and currently lie 2nd in the table. At present you'd say we've not a prayer but if eleven or so of their players get injured against Forest in the league cup on Tuesday...........

If our boys can't get themselves up for Millwall at home then things are very bleak indeed. I guess we've got to be philosophical and accept that it's all part of the rollercoaster ride that is Charlton Athletic. I hope we're heading back up soon !

You're Having A Laugh ! 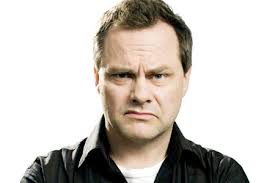 Indeed we were with Jack Dee in Northampton.

I do like a good laugh, it helps to relieve the stress of watching The Addicks and wondering where the next point will come from !

Last night I went to see Jack Dee, a comedian who I’ve be wanting to see for some time. Next in the pipeline is Lee Mack in November……2014 ! At my age it’s risky me booking tickets that far in advance so it’s a bit of a punt.

Jack is notoriously grumpy and plays up to this very well. He told us of his 4 children ( the youngest is 14 ) and makes reference to their teenage years and much of his excellent sit-com Lead Balloon isn’t that far from the reality of his own household you’d imagine.

This lead nicely on to references to the teenage Jesus of whom, as Jack correctly observes, there is little mention in the bible.

He naturally found plenty to moan about but found a positive on the subject of his son being stuck in the bedroom playing Grand Theft Auto online via the internet with his mates, as he neatly observes to his wife “ leave him alone, his playing with his mates and the bastards aren’t in our house ! “

Being of a not totally dissimilar age to Jack I can relate to his grumpiness as one finds oneself increasingly grumpy especially with Charlton doing little to improve that situation !

If anyone has any suggestions of someone especially an up and coming comedian then they’d be most welcome.
Posted by Phil at 10:16 5 comments: 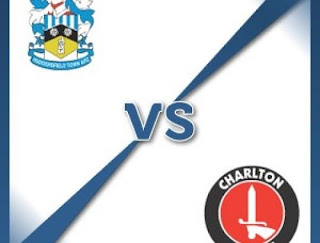 It's Tuesday evening, it must be Huddersfield away.

The Addicks face a long trek to the John Smith's stadium on Tuesday just 3 weeks after our previous visit in the league cup. Both sides will be changed from that game.

It won't be easy and I doubt there'll be too much to choose between the two sides. Good news for The Addicks is that James Vaughan is suffering a goal drought, he failed to score in the last game at home to Doncaster !

Vaughan presents a real threat as the former Everton man who joined in the summer from Norwich is getting his career back on track most of it seemingly plagued with injuries. When Huddersfield score is usually Vaughan that scores. His goals this season include a hat-trick in a 5-1 win at home to Bournemouth.

Jazz Richards has just joined on loan from Swansea and will probably feature. In goal they have the excellent Alex Smithies who can also take a mean penalty when needed !

The Terriers are yet to lose at home this season.

Given that Solly is unlikely to return from injury and given its success so far, then 3-5-2 would seem to be the order of the day. I assume that Cort is still injured and so Wood will be expected to retain his place.

If Yann hasn't recovered from his ankle knock then one of Sordell or Pigott will come into the side. Of the two I'd prefer to see young Joe start, he has real promise and is a strong player more in the Yann mould than Marvin. However, I'd fully expect Sir Chris to favour Sordell.

Unless the gaffer decides to rest some players ahead of that match on Saturday then the change up front is the only one I'd envisage.

Well done to everyone making the trip up North and as always I hope you are rewarded with a win and a fine performance. 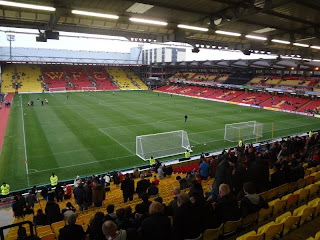 The vast majority of us would have settled for a point before kick off so that we're perhaps a little disappointed not to come away with all three indicates how expectations were exceeded.

I wasn't there yesterday which is somewhat crazy given it's my closest league fixture but finances and other commitments played their part.

The 3-5-2 continues to serves us well and especially suits Wilson and Wiggins although one wonders where this leaves Chris Solly. When it's working so well it's hard to make a case for changing personnel no matter how good they may be. Sir Chris may justify any change as a result of 3 games in a week.

Indeed, it was Wilson who won the penalty that Yann so wonderfully converted. I hope Foxes fans took notice of that !

Our next road trip is to Huddersfield and the John Smith Stadium. Never the most enticing away fixture made even less so following our recent league cup match there. However, that was the game that saw the emergence of the current formation. if we can defend better than we did last time there and match the spirit of the last two league games then we can come away with more than the one point.

I see the Lions warmed up for next Saturday and I don't mean on the pitch ! Hopefully Lomas will still be in place come next Saturday and it should be a good time to play them but we all know how it goes usually ! In the meantime we can amuse ourselves by trying to guess what the attendance will be at The Den on Tuesday. 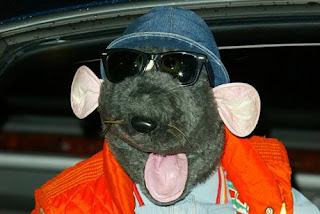 Mr Dyke's trusted assistant handed the task of saving the England team. He saved TV-AM but his next task might prove beyond even him !

I apologise now if a search engine has led you to this blog and you were expecting something altogether different. This about nothing more sordid than a piece about Greg Dyke and his vision for English football although that could be equally as fanciful !

FA chairman Greg Dyke laid it on the line today and set targets for the England team. GD believes that that national side should be aiming at the semis of the 2020 Euros and win the world cup in 2022.

Apparently " English football is a tanker that needs turning ". Dyke is after more consistent starts for English players. Apparently a commission is needed to discover why so few English registered players play in the Premier League. A quota system might be needed and a mid-season break might possibly help too !

Well, good luck with all that Greg ! He might just manage to pull off a mid season break but given the unpredictability of our weather he may end up with even more egg on his face. I've never felt our overpaid pampered footballers need a break in the season anyway but imagine how ludicrous it would seem if the leagues took January off only for it be lovely bright sunny weather to give way to a severe and bitter February ! You can put in undersoil heating at grounds but the not yet heat the surrounding roads and pavements eh ? That's to say nothing of our flaky public transport system which often fails to perform in the most innocuous conditions !

Aside from all that your average football fan wants unbroken football to keep us sane during those winter months to say nothing of what Sky might feel about interference with the ace in their television pack. I really can't see them being over keen on the situation. Lest we forget, he who pays the piper calls the tune eh ?

In addition, it's hard to envisage overseas owners such as those that now own the majority of Premier League clubs allowing interference in the players they buy and teams they put out. Whilst so much money remains in the top flight at least then nothing is going to change. Why should it ? They've little to no interest in the fortunes of the England side.

Greg would be better of in investing some of the vast amounts of cash swishing around in football on developing and improving schools and grassroots football. The aim being in raising the standard and hopefully the knock on effect would be that those few English players that do turn out regularly in the Premier might be able to control and pass a ball in a half decent manner !

If that is achieved then the FA can turn their attentions to recapturing the public's affection and interest in the England side. They are currently flogging tickets for this Friday's game against Moldova from £25 and £60 for a family ticket for 2 adults and 2 children. If interest in attending the game were anywhere near decent then it's safe to assume they'd be selling them for a much higher price. After all, they're not slow to grab an opportunity to fleece the public if they can.

Roland is the rat that's joining, rather than jumping off, a sinking ship ! 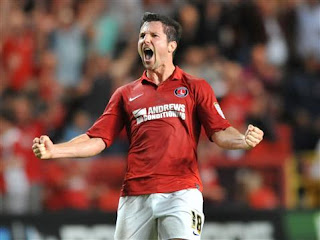 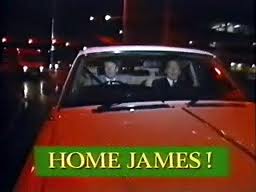