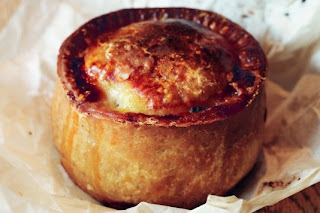 The Middlesbrough manager is seemingly incapable of intelligent post-match comment and so ANEM sought the views of another Mowbray ( pictured above ). We found him altogether more intelligent and with a higher IQ.  Melton told us that looking at the form guide and the league table there was little realistic expectation of Boro beating the Addicks on Saturday.

Being a club of similar, if indeed not smaller, size to Charlton serves only to emphasis this line of reasoning says our porky pal. Melton does have some sympathy with the other Mowbray's comments because, in keeping with our porcine theme, he believes they may have been driven by a desire to save his own bacon following a terrible run of form, performances and results.

Our thanks to Melton, we'll leave it there and look forward to Tony's next visit to The Valley when he brings another massive side to play our little club.

After rushing into a two goal lead On Saturday thoughts turned to a possible repeat of Barnsley but sadly two late Boro goals saw us leave with only a share of the points. Fuller's effort looked onside but hey ho, them's the breaks.

Our away form this season has been terrific and has been due reward to all those who regularly make the effort. Of course, these last two seasons have been good to follow our boys on the road.

Next season we'll have a few more local teams to visit and I sincerely hope that Brentford will be one of them. A proper football stadium with some nice local pubs which all in all makes for a wonderful day out, particularly if we win. Aside from that the Bees were desperately unlucky not to go up automatically.

I'd have been happy this season if we'd finished one position above the relegation places in view of the lack of anticipated spend resulting in Sir Chris not getting the players he had clearly earmarked for this term. To finish where we will is a truly remarkable effort and a wonderful testament to Sir Chris and his team.

Make no mistake, Mr Powell is a very good manager with the potential to be a truly great one. Time will tell of course and we have to hope that he realises that promise with us. We will do well to hold onto him. I'm not overlooking the times that Powell has made mistakes especially regarding the use of subs but he does seem to have learned that lesson amongst several others.

The return of Hughes to the side has seen an astonishing upturn in the team's performances and results. Like many others I find it hard to put my finger on exactly what it is that he does. I do know that he possesses superb positional sense and his cover of the back four has allowed Skip ( Jackson ) to get forward and that has brought about more goals for him allied to a greater overall attacking threat.

On Saturday, I think we should look to celebrate almost as much as we did on the final day of last season. I feel that this campaign's efforts merit that. There is so much promise for the future as we've seen by the success of the Under 18's and Under 21's. Surely more of them will progress to the first team than we've seen of late. Home grown players lift the fans so much as demonstrated by how much we've all enjoyed seeing Harriott flourish this season.

If we can another two or three players of genuine quality and experience then we can a good go at the play-offs at least.

Tonight Millwall play Palace. That should be fun ! It's a no lose situation for us because we can take something every possible result. I hope Millwall lose because I'd love to see them go down. I don't seriously think that will happen but one can dream. I would say to any Spanners, if you do go down there's little you can do and there's no point in beating yourselves up about it, of course however, you already have !

Mike Denness holding another trophy after skippering the Kent side to more glory !

Today sadly saw the passing of Mike Denness. A superb cricketer and gentleman. I'm so very glad that I was able to thank him personally for all the joy he brought me when watching him play and captaining Kent to so many titles and trophies during that golden age of the 70's.

He kindly signed a copy of his book, I Declare, for me a couple of years ago. I must read that again.

Kent were fortunate to have such a talented group of players, however, it needed someone special like him to lead them all to success. One needs to remember that the success he brought to Kent was achieved against a background of frequent disruption due to the loss of key players such as Luckhurst, Knott, Underwood and Woolmer to the Test and One Day England teams aside from himself of course. In addition, he'd lose Asif, Julien and Shepherd too to touring sides.

He wasn't greatly treated by Kent when they removed the captaincy from him and so I was pleased to see him return to the club in later life as Chairman and then President.

I will always have those wonderful memories of him to look back on with great affection.

Our loss is Heaven's gain with Luckhurst and Denness reunited to open the batting !

Another sterling away effort last night saw the Addicks gain an invaluable point at high flying Brighton. Albion are one of the better sides in the division and possess a good home record which underlines the fact.

One change saw Fuller drop to the bench for Wilson. I got won't repeat what others have said about the game other then it seems that there were fine performances all round aside perhaps from Wilson who didn't appear to have a great night.

All credit to Sir Chris for the last two games that has seen us garner four points that I didn't expect if I'm honest. The manner of the win on Saturday makes this all the more impressive.

We must acknowledge the gaffer's decision to reinstate Hughes in these last two games. Having had Gower arrive it must have been a real temptation to play him over Hughes especially as Andy has had less game time than Mark. It has proved to be a very sound decision.

Similarly, dropping Hamer has proved to be a success following a couple of below par performances from young Ben. He has returned in better shape and certainly seems to have a number of outstanding saves last night.

A glance at the table tells you how tight it all is with few points separating the top two thirds of the table and a great number of clubs remain " at risk ". Had we not got those four points it doesn't bear thinking about how we'd all be feeling and viewing the remainder of the season. The prospect of needing something from the Bristol City game is diminishing thankfully. It'll be nice if in a couple of weeks time we can sit back, relax and watch other clubs fret about their survival. I'm sure we all have our favourites that we'd like to see involved......

Leeds arrive on Saturday having just a dispensed with Colin's services. That's one distraction we won't have as everyone can focus more on the game than baiting the ex-Palarse manager. In his stead we have former Addick and relegation specialist Neil Redfearn. He'll be hoping to lead the team up the table rather than down although a play-off spot does now seem beyond them as Warnock's departure will testify.

Another returning ex-Addick is Luke Varney who, like many others it seems, never quite did it at The Valley and played some of his best football away from S.E. 7.

I've no doubt there'll be some tired legs after out last two outings and it won't be a surprise to see Sir Chris make a couple of changes not least Fuller ought to return to lead the line with Yann. I would like to see Haynes play wide right as it gives us more attacking options and pace.

I'm finally moving into my new house tomorrow which brings to an end the whole process that has taken a year to complete. My experience of estate agents hasn't been a good one ( bet you never thought you'd read that eh ? ) and I will blog on that one day, if only for cathartic reasons !

Years ago upon arrival at your new abode you could just plug in your new phone and t.v and away you go, however, those days are long gone ! I need to arrange t'internet, tv, wifi etc. Since this is likely to take at least a week, unless I get access to a computer in the meantime, you'll have to forego my ramblings. As and when I return I hope that we've managed to secure another 3 points in our quest for Championship survival.