Jacko Signs Off In Style 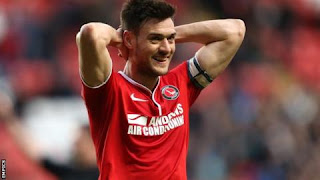 Skip - what a fantastic geezer !

Typical Charlton ! When we last departed the Valley we'd just taken 1 point from 3 games and the prospect of taking a full 9 from the next 3 seemed about as likely as Roly coming to watch a game in S.E.7.

Three totally comitted performances have seen us wholly turn things around. As others have observed you often learn more in defeat than victory. That seems very apt for the Addicks.

Lee, Lee, Lee Bowyer has managed to refocus the squad and again got them all pulling in the right direction. Those last 3 games have seen a real team effort and in each case it's been hard to cite more than one or two players who haven't had a good game.

Yesterday victory was as a result of a real fighting performance and maybe a slcie of luck with the goal. However, no one can really argue that we weren't owed that given the manner of our last two defeats.

It's to be hoped that Page's injury isn't too serious and that he can get back on the pitch next Saturday.

It's clear that the race for the playoffs is going to the wire. Clearly we will need to win again next week. I'm not 100% sure I think we could still miss out on goal difference.

Whatever Bowyer has worked wonders and all from day 1. He has really turned things around in showing us what most have said all along and that is that our squad is more than capable. Indeed, it is capable of beating any League One team.

The manager even managed to get The Valley rocking again yesterday having got the fans to take their support to a new level at Pompey.

Bowyer could achieve legendary status should he manage to steer us through the playoffs and the final and deliver a return to the Championship which is minimum of where we should expect to be.

Skip signed off yesterday with a wonderful speech. It was succinct, heartfelt and beautifully delivered. The man just oozes class.

Mr Jackson, sir, thank you for all your efforts and those wonderful memories. I sincerely hope you're not done with Charlton just yet. Hopefully there are many more outstanding memories to be made !

Back In The Game ! 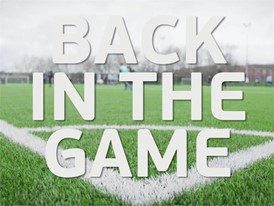 And so this topsy turvey season continues. It may of course end up going wrong and let's face it the odds are stacked against us. History and previous experience tells us we'll probably miss out on goal difference even if we do get close but it wouldn't be Charlton if it was straight forward or not destined to break your heart !

Frankly it is ridiculous that we are remotely anywhere near a play-off spot let alone be sat in in 5th place. The two teams below us have games in hand but so often it's points on the board that count.

I think that most of us had totally given up after the last two games more as a result of the manner of those defeats as anything else not just the results.

Thankfully Bowyer and the players had other ideas. The manager made 6 changes to the starting eleven and no one could have argued with that.

Clearly it was a much improved and more motivated performance than of late. Can it continue ? Who on earth knows ? We are just as capable of wining all 3 of our remaining games as losing all 3.

The last time I posted we had just completed a hat-trick of victories playing some scintillating football. This coming from a highly motivated and passionate team. Robinson, his 4-2-3-1 and everything else that came with him all seemingly a distant memory.

Fast forward yesterday and we appear to have reverted to the last days days of the previous manager's reign. As swiftly as we turned things around from the Plymouth game we have moved back to where we started with equal alacrity!

I am perhaps fortunate not to have witness the away games at Rovers and Wimbledon. Neither were good and Wimbledon one could hope was a one off. Indeed, Bowyer was confident that the team would respond in the right way. Sadly, he was let down by nearly every player.

The passing was far too slow and there was no real cutting edge.

This was the bad old days not the good old days with Bowyer playing the Leonard Sachs role. However, the supporting cast were playing a very different tune for our delectation!

We secured 9 points in fine style pretty much against all odds and then in equal measure failed to get more than 1 when another 9 points seemed a pretty likely return.

The path to the play-offs seems even tougher now of course and another two games next week really won't help. We could hardly have picked more testing opposition than Shrewsbury and Portsmouth.

However, this is Charlton and so if we went and won both it oughtn't to be a surprise - expect the unexpected!

Realsitically it not's going to happen and the false dawn has cruelly raised our expectation and in typical Charlton fashion it has been dashed so quickly.

There is little to be optimistic about with the season fading away, no real sign of the takeover being completed, incredibly season ticket prices have risen ( over and above infaltion and certinaly not in line with what we've seen on the pitch for the majority of the season ! ) and the club remains rudderless.

However, history shows us that things can and do turn round and sometimes sooner than we could ever expect to hope. We need to cling on to that hope and perhaps look for inspiration from teams like Bournemouth, Burnley, Brighton and Huddersfield looking set to survive another season at the top table.

We have to hope that the new ownership happens quickly or least in decent time before the start of next season with the manager ( whoever that may be ) suitably backed. Hopefully come kick off in August things will look considerably brighter. 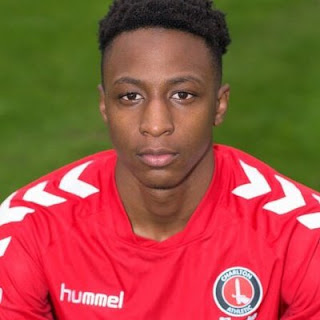 The revival under Lee x 3 Bowyer continued yesterday with a slightly different type of performance from the previous two games.

Rotherham were quick out of the traps and really came at us in the first few minutes and were unlucky not to take the lead when a shot hit the bar. The general feeling was that The Millers would look to get a draw or sneak a win so their aim to try and surprise us somewhat tom come out all guns blazing was a good one.

Losing Fosu so early on was a real blow and he looked to have been withdrawn as much as a precaution as anything and it is to be hoped it is a minor knock. It is testament to the side's current play that it manager to cope so well without him. This is especially trye when his replacement, Kaikai didn't seem to do an awful as far as I could see.

The Addicks slowly imposed themselves on the game and it appeared that we had won a penalty but the referee changed his mind. It looked pretty clear to me but perhaps a Rotherham defender got pushed along the way.

A poor header from one of the Millers' defender let in Zyro and he went on to finsh with some aplomb. A lovely strike!

Shortly after the ineffectual referee who was reluctant to give a yellow card or speak to any player committing a misdemeanor had to leave to the field of play. It wasn't clear if he had an injury and was embarrassed at his poor perfromance !

This gave rise to hope, albeit false as it turned out, that his replacement might offer some protection to our boys from the physical side of the Millers. This wasn't to be and the game bizarrely finshed with us collecting 3 yellows and Rotherham none! Smith in particular can be thankful for that.

The second half saw Charlton really impose themselves on the game. The aforementioned Aribo score two different but equally lovely goals. The first saw him drift into the box to head home unchallenged. In contrast to Zyro's bullet header against Plymouth young Joe almost carressed the ball into the corner of the goal.

Carressed isn't a word you'd use to describe Aribo's second. He powered forward as he broke away and simply smased the ball past the keeper. It was fantastic !

Despite a scrappy consolation for the Millers the lads comfortably saw out the game.

A number of good performances across the team with, for me Konsa, Kaikai and a low key Mavididi not being at their best.

Dasilva looked like someone who'd not player for a while. On the basis of what I've seen so far I think I prefer Page at left back as much as Jay has a lot to offer.

There's little to be critical of, however, if we're looking to improve then we need more imaginative with free kicks. I know we scored from one. A couple of others at least didn't go so well and unless someone is able to hit the top corner from distance they don't go so well.

The dynamic duo continue to work wonders and have in a short space of time really turned things around in almost every respect. There was a bigger home crowd yesterday and the atmosphere cranked up a notch or two as well.

We are now back in the top six and the aim must now be to try and capture 4th place let alone just finish in a play-off spot. Rotherham must fear for their place in that top six as their form since February has been really poor. Added to that teams are queuing up behind them ! Down to 9th place it is so so close !

Lee chose to shuffle the pack yesterday and it didn't change the outcome and neither did the early loss of Fosu. How far have come ? The manager continues to say and do the right things. Long may it continue !