Was it one of Jonathon's ?

Interesting times indeed. Life is never dull in S.E.7. Not for us season after season of mid-table obscurity. If we have haven’t replaced at one manager during the season then it just wouldn’t be the same.

There is certainly a vast amount of unrest with the sacking of Luzon being the latest catalyst for that. However, what has really changed and wasn’t his dismissal what a lot of fans wanted ?

I liked Guy and it was to a degree sad to see him go as I thought he had us playing some good football at times. Rather like Bob Peeters things started to go awry and he seemed incapable of turning things around. Of course injuries ( mostly long term ) took their toll on our paper thin squad. Throw in the odd suspension or two and you really are hampered. Interesting to note that Igor is now near a return btw…..

However, as I said earlier, what has really changed. As at the end of August having beaten QPR and Hull at home we still had a weak squad in terms of numbers at least. We still hadn’t heard from Roland or indeed very much from Katrien. It was safe to assume that Roland’s ambitions / aims or whatever you want to call them hadn’t changed much if at all.

Fast forward to October and the removal of Luzon and the appointment of our one time assistant manager and it’s Armageddon. There was no surprise that Roland was going to make an internal appointment, for the interim manager at least.

That some folk are angry that the appointment would be made permanent if successful is surprising. There has to be some incentive for Karel and his right hand man, there’s little point in giving them the jobs otherwise.

I’m not fussed where he’s come from and if you pressed me I couldn’t say other than it’s a Belgium team of course. However, he was part of a successful duo before and I’m for one would have been very happy if Jose Riga had come over with him.

No one knows how this is all going to pan out. May be it’ll be the big disaster that many are forecasting. On the other hand we may have acquired Morecombe rather than Wise or Skinner as opposed to Baddiel !
We ought to be reassured that Jason Euell has been brought into the management team, that is important. Hopefully that was Fraeye’s decision and if so, it’s to be applauded.

Karel does at least know most of the team and will be aware of individual strengths and weaknesses. In addition,  his previous experience at the club and this very same situation ought to stand him in good stead……he’s been here before. Despite rumours to the contrary Karel is quite able to converse in the mother tongue.

I’m not a Duchatelet apologist, far from it but in reality as I said at the beginning, what has really changed from those heady days in August ? That's not me ignoring all the issues surrounding Roland's ownership and if fans want to protest then I understand that.

I think rather than voice any dissatisfaction during the games, support for the players remains important and the priority. Any negativity will no doubt affect them and they don’t need telling or reminding about the current situation or the general view of Duchatelet.

I can’t subscribe to the view that it’d be good if Fraeye’s tenure is a disaster and we get someone else in. For one there’s no guarantee that will happen and by its end we may be cut off and it’ll be too late to avoid the dreaded drop.

Hopefully we can get something from Middlesbrough and MK Dons on the Tuesday. That at least will be something to build on for whatever follows. 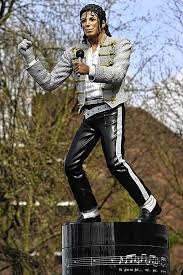 Not all Jacksons are going to get you points !

Thankfully since we aren't owned by Al Fugger we're more likely to see a statue erected to Johnnie rather than Michael Jackson.

One should never write off our Skip. Yesterday once again he came off the bench to inspire the team to a draw that seemed most unlikely after we'd gone 2-0 down.

Looking like we would never score not matter how much time was added on Johnnie Jackson had other ideas. Destiny is sometimes dictated by others but our leader likes to write his own. Good for us as no one else seemed likely to inspire the team. Indeed such was the impact of our captain that we might have snatched a late winner. Truth be told that would have been undeserved but such was his impact that it could have happened !

Our lack of a goal scorer is hitting us hard at the moment and as is the absence of a left sided midfielder. I'm sure I'm not alone in preferring it if McAlney, our Everton loanee, played as a striker despite his early miss yesterday.

Neither team played any really decent football and Kit Symons is deluded if he thinks that Fulham deserved to win. I think Kit is trying to paper over the cracks of his team's inability to go on to win from being 2-0 with ten minutes to go.

No doubt he's upset at conceding an equaliser in time added on but if his side hadn't been timewasting from so far out then it might not have happened.

Hopefully the point gained has a morale boosting effect on the team. Normally an international break would not be welcome but given our injury crisis it could be quite timely. It'd be good if the next time the lads take to the field we have pretty much all our injured back and available. Certainly how much we miss Henderson has been highlighted in the last few games and others have pointed out it's as much for his organisation as anything else.

It'd be good to get another player like Jacko although unlikely.........perhaps a sculptor could to make the next best thing. 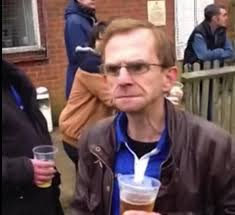 You got no trains ! Do you want some ?

Not much to look forward on the Sabbath. It is, of course, traditionally a day of rest. Sadly for us Addicks that's what the lads have be doing on most other days of the week of late !

As I write I should be post-Wetherspoons and pre-match. However, Sky have dictated that this isn't the case and moved the game to tomorrow with a ludicrous noon kick off. With total disregard for the fans of both sides it is a day when there are no trains to Charlton.

Still all that matters are the armchair fans and Sky TV itself as after all, they are the lifeblood of the game eh ?

I couldn't believe that some of our fans were moaning about not being on Sky and some went further and wrote to them about it. Well done if they were influenced by that because aside from tomorrow the kick off for the Ipswich game is also moved.

Football should be 3pm on a Saturday, end of ! It's what season ticket holders and the majority of other fans sign up for and expect.

I might have a more favourable view of things if I could see any real evidence of the Sky money permeating its way down to the grass roots of the game. Sadly, all I see is players across the Prem and many football league clubs lining their pockets and driving nice cars with homes to match.

Good for them but not for the future of the game both at domestic and international level. The money available to clubs only serves to deliver the odious characters that we see week in, week out on our television screens.

I gave up hoping that the bubble might burst years ago and with every passing year it seems further away than ever. A return to the " good old days " when fans supported their local teams and could watch games at an appropriate time and price have gone for good I fear.

You don't need to be overly perceptive to detect a downbeat mood from me ! It's not helped by our current run. I can readily acknowledge our bad run of injuries albeit that some of them are self-inflicted. The club still seem to be rushing players back too soon..........I'm sick of reading that so and so probably returned to the side too early !

We all knew our squad was paper-thin before a ball was kicked in anger but we lived in the hope of recruiting another decent centre-half and left sided midfield player. I appreciate the need to stick to a budget but the outlay would have be recouped in terms of points and money as improved results would inevitably bring more bums on seats.

One has to question the idea of sending Lennon out on loan and our apparent willingness to loan out Igor but not until he's regained fitness and confidence........a very different way of playing your way out of the team !

It all smacks of muddled thinking whilst money is more sensibly spent in other areas. Great for the long term future but please don't take your eye of the here and now !

Given all of the above I have a lot of sympathy for Luzon. He has managed to get the team playing some of the best football we've seen for some time. I don't think he's been backed at the right time. I'm sure none of us wants to see another managerial casualty, it's not the Charlton way or at least, it didn't used to be !

Other commitments prevent me from being at the game tomorrow although I'll be watching on tv. I can't see any reason for any optimism and even a point appeals. I hope I'm wrong of course.