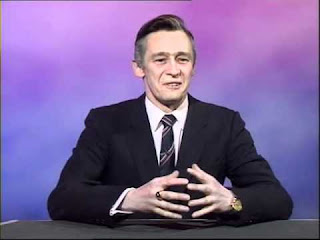 It's not yet a month since the takeover was made official and the disastrous reign of Duchatelet was finally ended. The new owner's communication has already far exceeded that of the Belgian.

The plans for the club are everything one could hope for embracing on and off the pitch matters and importantly the club's connection to the community.

Lee Bowyer has been given a decent 3 year contract with offers on the table for the rest of the management team. Steve Gallen has been appointed director of football.

The plans for the training ground and the academy have been revealed and they all look fantastic.

Matt Southall has been a very visible chairman who has thrown himself fully in his role. From day one he has made himself available to anyone remotely connected with the club.

Matt has attended numerous meetings including one last week with trustees of the museum amongst others after having paid it a visit.

Amazingly, I note that someone on Twitter accused Matt of meeting " political " fans! Really? What a laughable comment and of course, utter tosh

I appreciate that we have one day left to get some bodies into the club. That they haven't arrived to date will not be for the want of trying.

Looking across a number of clubs and there hasn't be much transfer activitiy to date with most of them.

I suspect that there will be a trickle down effect with the top level clubs wanting to ensure that they have cover where the may be selling players on or loaning them out.

However, some of our fans have little patience and lack an appreciation of what's been done to date. You can't overturn 6 years of neglect within a matter of weeks.

It's not ESI's fault that we find ourselves with management and players on short or expiring contracts and a threadbare squad.

It's worth bearing in mind that it's not in Matt's interests if things go wrong. He himself has someone ( other than the fans ) to answer to. He certinaly won't want to make a mess of it.

There are so many issues to be positive about albeit that in terms of players much remains to be resolved within the next 27 hours.

Hopefully, in a packed Valley on Saturday fans will appreciate that they have much to be grateful for and will be cheering the team on to a vital win! 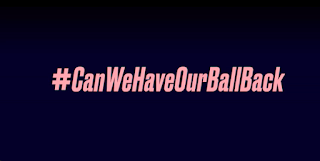 Along with many others I travelled to The Valley with an extra spring in my step following the recent events surrounding the club. A renewed air of expectation and anticipation permeates around S.E.7.

Numerous stay away fans returned yesterday demonstrating their faith in the new owners. The attendance was just under 20k boosted also by a sell out in Jimmy Seed stand as you'd expect for opposition that has spent most of the season in the top two places in the league.

I arrived at The Valley just after 11am and with Crossbars not open and not meeting up with others until later I had time to make a long overdue visit to the museum.

What a fantastic job all concerned have done with it. I met Ben Hayes and a couple of his fellow trustees and they were all keen to show me round and point out particular items of interest.

As closely as I've followed the club I had not appreciated that our first England cap was awarded to Seth Plum. The museum has been able to track it down and it now resides there.

It is one of the many unique items housed in the musuem. Aside from the club memorabilia there is a separate fans section that accommodates all manner of things from programmes to old tickets to protest posters. I was told that a section containing protest items is now being organised.

Until March the museum has the Play Off final trophy and Ben kindly photographed me with it for which I was very grateful.

I can highly recommend a visit and will certainly being doing so again as you could happily spend a good few hours there and still not see it all!

Post museum and intoCrossbars for a couple of post-Roland beers to celebrate! Matt Southall passed through and again got the derserved round of appluase that resembles the one Del and Rodney in the Nag's Head when they became millionaires. Thankfully for us Matt and his colleagues have a lot greater busineness acumen than the Trotters!

On to the game and it was good to see a return to the league squad for Williams, Forster-Caskey and Hemed and a league start for new loanee Green.

The Addicks started brightly and could have gone when a stray pass went to Gallagher but sadly he put his shot just wide of the post.

It was the Baggies who went ahead though when Lockyer was dispossessed out wide and the subsequent shot fell to Zohore to tuck away.

A few minutes later and The Addicks won a corner and an Albion player thought he delay it by throwing the ball into the away fans. They then decide it would be a good idea to play keep ball. Karma is wonderful thing sometimes and when the replacement ball arrived it seems that the Baggies suffered with a loss of concentration.

Eventually the ball was headed home by Davison for his first Charlton goal.

The second half didn't start well with Albion regaining the lead when Sarr deflected a shot past Phillips.

West Brom continued to have the better of things but The Addicks kept battling away and the introduction of Forster-Caskey, Hemed and in particular Williams brought a greater threat.

On 76 minutes Lockyer's header went in off the post having hit the keeper before settling in the back of the net. This has been given as an own goal to the keeper but it's Tom's goal in reality and he should be credited with it.

Both sides kept attacking with the home side pressing for a third as much as the away team. It remained level though and the ref finally blew the final whistle.

All things considered The Addicks would have been the happier with their point. No doubt Albion played some good slick football at times but a depleted yet spirited Charlton team pushed them every inch of the way and were good value for their point.

It would be remiss of me not to mention the wonderful tackle in the second half from Naby. How wonderful it was and perfectly timed as it could so easily have ended in disaster. However, all credit to the big man and he was spot on and denied a clear threat on our goal.

It was great to see some players returning especially Williams as i said, how much have we missed him.

All the players deserve a mention for yesterday's efforts with particular praise to our younger players. It all bodes well or the future.

This being the Championship the games don't get any easier but with displays like yesterday and players returning with the possibility of new arrivials there is plenty of room for optimism.

Preston await next week and I'm sure the lads will be chomping at the bit to go again. 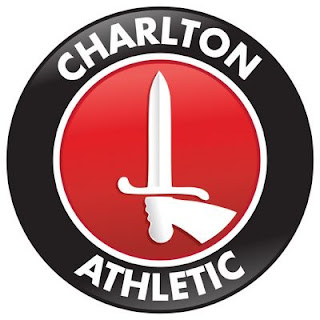 At long last the takeover of the club by ESI completed yesterday. The timing is of course good news as it allows us to make moves in the transfer market following the opening of the window on Wednesday.

The statement on the club's website was wonderful to read and in total contrast to those of the previous owner.

Speaking of the deluded one I managed to catch an interview he did on Sky Sports News with our very own Jum White ( you remember Jim the guy who only had our interests at heart and gave Roly the 3rd degree in a series of hard hitting interviews ! ).

Remarkably Roly says he'd do things differently if he had his time again. Really ? That's hard to believe because there were many opportunities to change but he chose not to do so or listen to people who knew a lot more about running a football club than he ever will.

He has done so much damage over the last 6 years and caused untold misiery. However, he's gone and we and football in general are well rid of him and now need to look forward to a future that ought to be a hell of a lot brighter.

Defeat to Swansea last night was not totally unexpected but there was plenty of reason for optimism and pride especially given our second half performance. Sadly, we lost Taylor to injury and it seems we'll be without him for a couple of weeks.

There's plenty of work to be done across all areas of the club. Contracts need to be sorted for both management and players. These need to be done quickly because it's easier for Bowyer to attract players if the position of himself and the management team is secure.

Club staff need to be put in place and I'm sure that will also follow.

As for us fans, well we just want matters right on the pitch ( and off it too of course ). Anything will follow on from that but it's seeing our team playing well and being competitive that matters most.

Other aspects such as the return of Floyd and Harvey, improved catering, etc. will hopefully happen in due course.

I believe the new onwers appreciate the potential of our club and recognise how special it is. If handled with care in the right way then we can return to the top table. There a few clubs in the top flight who are on a par with us who have made it there.

It would be great to a Leicester as Curbs used to say or even do a Charlton as others used to say when we rose to the top !

The last few years have been draining in lots of ways. I've been amazed at the number of people who purport to follow football that were so oblvious to our plight and that of other clubs too.

It would seem that this is a great opportunity to make our club great again. Let's hope ESI are able to deliver that for us !