Time To Be Positive !

Work and the cricket season has impacted on me to the extent that I've not posted anything for two weeks. Well there's been bu**er all to comment on aside from a coalition, 1st leg play off, Palarse staying up and tonight's upcoming game !

My view is that we need to be positive both on and off the pitch. Off the pitch that means getting right behind the team for the full monty, however long that may be !

On the pitch that means no Mooney and playing Reid from the start. I've lost count of how many times I've been frustrated with the omission of Reid from the starting line up. How many times did we need a decent cross from the left on Friday but Bailey was unable to supply it not least because their defenders knew they just had to force him onto his left foot. Hopefully that hasn't already cost us the overall fixture.

Obviously an early goal will be great tonight but if we don't concede then it could go down to the wire.

It's going to be nail biting as it always is wth the Addicks. Let's hope we overcome the Robins and can look forward to another Wembley appearance ! 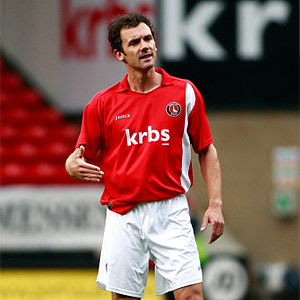 Well done Christian !
Good to see our Christian win the most important vote of the month, year etc. He even managed to overcome a little pre-election gaffe when it appeared he'd upset the Addicks tea leady Gillian Wilkins. Gillian is, of course, infamous for providing the players with large mugs of the nation's favourite beverage. Chrisitain was widley mis-quoted and later able to confirm that he had called her " a bigger tea lady ". Thank goodness that was cleared up !
I was pleased to see Semedo recognised with a close second. He has been such a massive player for us in recent months.
Well, who'd have thought ? We go into the last game of the season still with a chance of finishing second ! Ok we all know it's unlikely but if we didn't have hope as Charlton fans there there'd be no point in anything now would there !
A shame that the Owls didn't overcome Palarse yesterday. Varney through one on one with the keeper.......we all knew what the outcome there would be. Similarly when Jeffers only need get a tuft of hair onto a cross to score.............we all knew what the outcome there would be.
Ambrose almost inevitably scored the all important second for that lot. Let's hope we end up playing them in the league next season, hopefully with the away game at a yet to be determined venue !
Posted by Phil at 09:10 No comments:

What's the most common owl in Britain ? 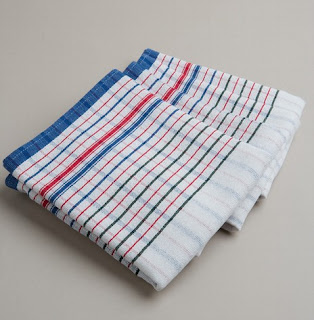 The teet...............the tea towel. ( old jokes revisited no. 789 )
We all hope to enjoy the long weekend although as usual the weather seems about to live up to its bank holiday reputation......damn ! My cricketing ventures mean that I'll not be at today's game........my second miss of the season for home games. In addition, I only recently discovered that the play off final is on Saturday 29th May....what's all that about ? Normally all play-off finals are over the bank holiday weekend going from league 2 on the Saturday culminating with the Championship final on the Monday. I can't make that due to my....ahem 39th birthday party !

It's also a long weekend due to the footie. Aside from today's action at the Valley I'll be keeping a close eye on events at Hillsborough. Come on you Owls ! How nice it'd be to see Palarse go down. That would put them in a spot of bother especially with their ground and how we'd all love the irony of a potential ground share ! A 96th minute Luke Varney winner would fit the bill eh ? We can but dream !

For today a good performance allied to anything other than a loss is fine by me. We're treading water at the moment waiting to see who we get in the play offs. Little point in risking players with niggles and more serious injuries.

Parky has two games left to sort out what he does with our midfield. He's tinkered around with it for months and still not got it right. Last week was the usual crazy situation of Reid on the bench and Bailey on the left. It still makes no sense ! I wouldn't start with Bailey but Parky please make a positive decision even if it's not one I agree with.

There's got to be concerns about Leeds fans in the home areas today. The refusal to sell tickets to genuine Addicks fans for Norwich looked, at best, a little silly when I and many others saw Norwich fans with Canaries scarves and shirts brazenly displayed ! That in itself is not a great issue for me as they in general tend to be quite civilised but allied to not selling to our own......I mean !

This can't be said of Leeds fans who've changed little over the years. A number of them in the home areas is a worry particularly if results go against them. I pray that there won't be any trouble today.

Fingers crossed for a good game and result.