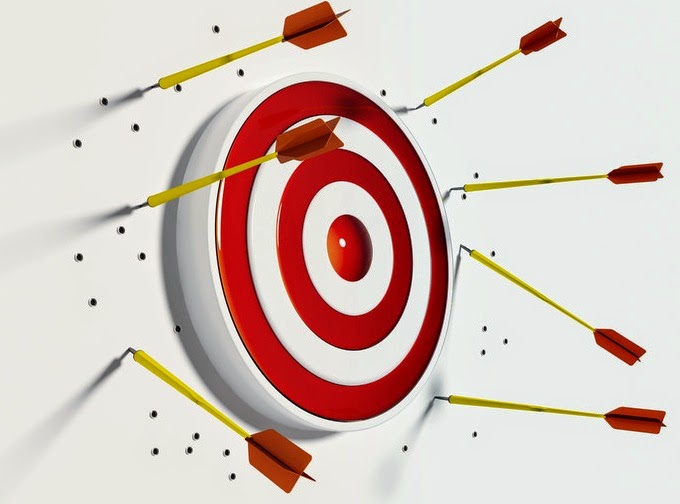 There's no worse way to lose a game than in injury time of time added on. The sense of anguish is heightened if you've not really deserved to lose, however, if you fail to take some golden chances then in all probability you will get punished.

That's how it proved to be yesterday and with virtually the last kick of the game, Stephen Hunt took all 3 points and with it, our unbeaten home record.

We had great chances in and round the box but our boys simply took too long or were let down by poor technique. Igor and YBG were guilty of wanting to use their favoured foot to control the ball with the result that it ran away from them or they were closed down before they were able to get a meaningful shot away.

Harriott was excellent in his more forward, attacking role. He fashioned chances for himself and others and was positive and direct throughout.

Coquelin was again superb seemingly always available to receive the ball and following it up with a pinpoint pass. The extension of his loan was very welcome news indeed.

McGoldrick and Murphy were kept relatively quiet by our resolute and well organised defence. Tyrone Mings showed why he is attracting interest from some Premiership clubs. He looks a class act. Luke Chambers was a rock in the Ipswich defence.

Bob is being a bit harsh on TBH by criticising him for losing the ball high up the pitch but one can understand that he was trying to keep possession. Criticism of Fox from some fans is also unwelcome. He knows more than anyone what he should have done.

On to Forest next week. Thanks fully it's not live on Sky but Forest's home form is very good and having lost yesterday, Pearce will be keen to get back on track.

Only Fools and Horses 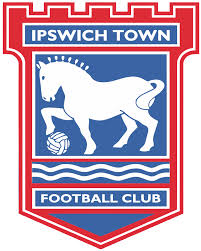 Following last Saturday’s visit from our friends up the road, it is pleasing to be welcoming Ipswich Town to The Valley this weekend.
The Blues, The Tractor Boys or The Horses as they are sometimes called will provide an altogether better atmosphere than the Spanners supplied last time out.
The look of hatred and hostility on their faces whilst abusing the likes of Solly was truly disturbing. Most of them would have fitted in well if they’d been incarcerated on Shutter Island.
On the playing side they had clearly come for the draw and it was disappointing that given their 5 at the back we didn’t put someone up with Igor earlier. We needed to take the game to them.
At the end we departed we thoughts of “ if only “ in respect of George. Two golden opportunities missed in successive games isn’t good especially as I believe he has some ability.
Enough already, onto this Saturday. Myopic Mick ( I hope no one ever needs him as an eyewitness even with video evidence ! ) brings his Suffolk side along sitting handily placed in 4th spot.
Ipswich have had a good season especially at home whilst on their travels games have mostly ended in draws. Everything suggests stalemate as the outcome but we have an unbeaten home record at stake and are on the telly………..so what do you think !!!!
Whilst having a richer history than ours, Ipswich are a club not totally dissimilar to ourselves. They aren’t prone to splashing the cash and McCarthy has, as usual, fashioned a good side without spending a small fortune. Mick’s teams are always hard working and tough to beat.

Hopefully we will have Igor available as we know how valuable he is to us. Sadly no Henderson but I'm comfortable with Pope after an assured performance last week.

Coquelin was superb last week and it is to be hoped that he starts tomorrow and also that his loan is extended.

The presence of the tv cameras doesn't bode well and we can only hope that particular hoodoo won't play its part.

If it's any comfort my Ipswich supporting mate is coming along ( in the away end by the way ) with his partner who he tells me usually means the Ipswich don't win. Let's hope that's a good omen.

The early kick off means a few leisurely beers after somewhere in Greenwich. It'd nice if that was done in the warm glow of having garnered 3 points. 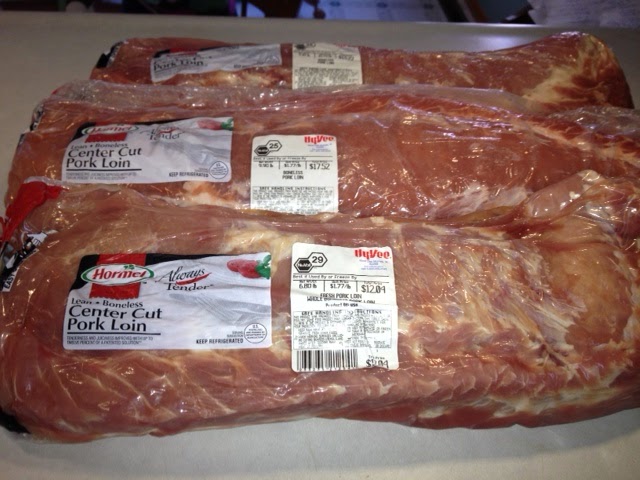 Don't worry about your typical Millwall fan getting the above, they'll be chuffed that a Charlton blog is promoting their team. In similar fashion they'll fail to see the irony of their manager being named after a famous gaol. However, they'll have a good laugh if they score more " gaols " than us on Saturday.

Much is made of our poor record against that lot from down the road but one does need to bear in mind the time we've spent in different leagues. Our years in the Prem being a case in point.

Nonetheless we do owe them especially after last year's insipid home performance. This was exacerbated by the usual guff about the players, management, tea lady etc. all appreciating what it means to the fans. Fornicate that ! Put in a performance, hopefully win and then make your comments. Talk is cheap !

There are two or three ex-Addicks now plying their trade for the Spanners most notably Ricardo Fuller. How on earth he ended up there, God only knows. He will pose a big threat as always. He was quality in his one season for us but sadly wasn't appreciated by all. There is a general misconception about his injuries and matches missed.

Fuller's goals aside, many also overlook his numerous assists and ability to win free kicks in dangerous areas. I won't enjoy seeing him doing similar for them.

We ought to be looking forward to this game with confidence especially following a decent away win at Reading last time out. However, this fixture stands alone in that form and relative strengths of teams go out the window. A shame as Millwall's form of one win in the last ten games is poor however, " Ollie " might want to dress it up.

Hopefully the international break has seen nearly all our injuries clear up and a start for Igor is essential for our success I'd suggest. I wouldn't mind seeing a start for Francis Coquelin get a start and wouldn't mind seeing Skip playing just in behind Vetokele as a knock on effect, Whatever I do hope that Francis gets a decent amount of time on the pitch.

Big Bob has already in his short time at the helm established himself as something of a cult figure and a loss on Saturday won't greatly damage that. However, a convincing performance and a win will go a long way to enhancing that.

Let's hope for the 3 points and we can go off and drink Charlton's surrounding areas dry or at least those that have watering holes open ! 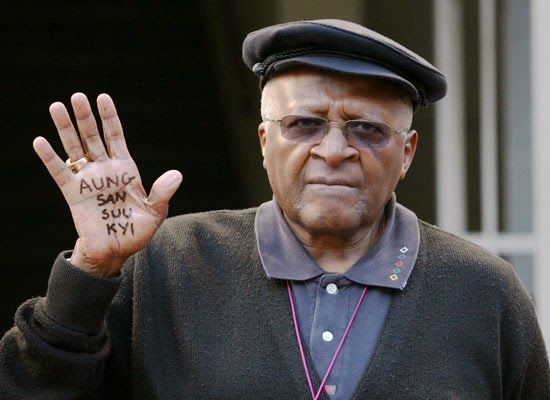 was the score and with Redfearn only getting one point from the last two games it seems that Archbishop Tutu, seen above complete with flat cap, could be in the running should the Leeds owner fancy a change of boss.

A brace each for Mowatt and Gudmundsson at Elland Road meant that the Addicks recorded another draw, their ninth of the season.

It was disappointing that Igor wasn't on from the start as Harriott, Gudmunsson and Wilson all came into the starting eleven.

It seems that a fairly lacklustre game came to life in the second half with Leeds twice taking the lead with excellent goals from Mowatt. Gudmundsson equalised first with a shot from a narrow angle that their keeper should have done better with.

JBG's second came from the penalty spot after TBH took a tumble. There were complaints from those of a Leeds persuasion but unless TBH's shirt rode up of its own accord then it looked a fair shout to me. The penalty was dispatched with some aplomb.

An injury late on to Wiggins meant we played the last 10 minutes or so with ten men. However, as Mowatt was unable to conjure another goal the score remained two all.

Elsewhere the Championship threw up some unexpected results. Bournemouth have been one of the more consistent teams and the Cherries now sit top of the league, well done to them.

Reading secured a confidence boosting 3-0 win at home albeit to Rotherham. A tough task awaits on Saturday especially if we are without Wiggins just as he was starting to return to form. 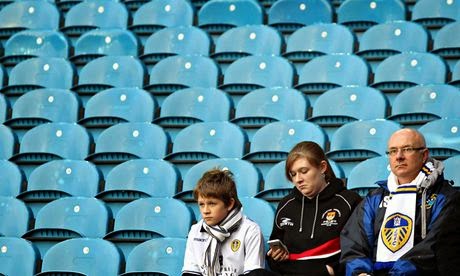 Rumour has it that at the time of writing former £1 million Charlton player, Neil Redfearn is the latest manager at Elland Road. The Italian owner doesn't hesitate to replace a boss but won't offer the job to just anyone................ 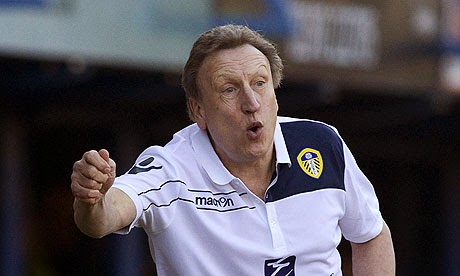 Of course the one decent manager they did have didn't wait around for too long....... 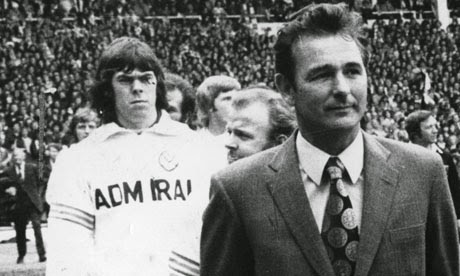 the great Brian seen here with David Harvey, the former Planet of the Apes star.

Following a draw against T'Wednesday on Saturday we now face another team from T'Yorkshire in the form of Leeds United. A draw was about right at the weekend although I felt we had the better chances. The appearance of Igor and Gudmundsson showed how much we missed them and underlined how few options we have. We have to hope they stay fit.

The club has today recruited Francis Coquelin from Arsenal. The Frenchman has joined on the briefest of loans as he is with us, initially at least, only until 1st December. He has gone straight into tomorrow's squad.

Judging by the goals conceded by Leeds at the weekend it seems our best approach is to hoof the ball downfield. Forget about playing a nice passing game, a pump up the pitch seems to spread panic in the heart of the United defence and confusion reigns.

Last time out at Leeds we managed to come away with a 1-0 win courtesy of a Reza goal and a Hamer penalty save. Remarkably only 5 of the 18 man squad remain from that night. A similar result would be most welcome although a draw is probably the best we can hope for.

I trust we won't be wearing the strip d'orange tomorrow. That needs to be consigned to the bin.

Good luck to those going oop north to support the lads. Remember, if you're a bit late for the game, be careful where you run..........you never know who you might bump into and may end up missing the game.