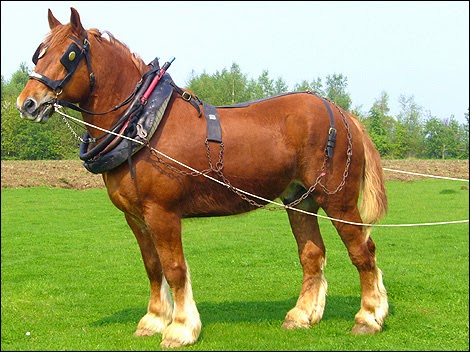 One leg for each of the goals Ipswich scored this season and being a gelding the ratio of testicles to goals scored by us in proportion too !

Best we gloss over last night's Portman Road performance. In truth with the form we and they are in it was only to be expected. Whilst we have pulled a few away results out of the bag such Norwich and Reading it's at home where our failure to hold onto leads or to see out draws that our problems lie.

Bob's earlier glossy sheen is starting to look a little tarnished even accepting a paper thin squad. He needs to make better use of what he does have available.

In respect of some players he's in danger of repeating some of Curbs early errors in remaining too loyal to some underperforming players or those simply lacking in confidence.

He also should ensure that the best players for each position play there when fit and available. The experiment of Solly in midfield for example was a flawed one.

I'm sure we'd all like to see some new faces in January but only if they are adding value to the squad. Given Roly's intentions of running a tight ship this doesn't seem likely..........we can but hope.

Goodness knows what 2015 hold for the Addicks. For the UK there is a general election looming large on the horizon. As things stand at the moment I'd not be surprised to see a repeat of 1974 with two election in the same year.

The rise of the SNP since the independence debate suggests that Labour will lose many seats to them. Similarly, UKIP appear as though they will take several Tory seats, a few Lib Dems and the odd Labour one too.

A minority Government is a very real prospect. It's not hard to envisage the Lib Dems losing votes all over and they are unlikely to be able to offer the prospect of power to either Tory or Labour in the same way they did in 2010.

None of the parties has much going for them such is the way politics has become so diluted and it's the age of the sound bite rather than conviction politics. Clearly the NHS, immigration and the deficit will be the main focus but no party seems clear on any of it or can be totally trusted in my view. Voter apathy might reach new levels especially if my view is typical !

Hopefully the apathy will be restricted to politics and not spread to The Valley. We need new players, a more positive approach and to return to the early season football that we witnessed in August and September.

Thanks as always to the good folk at Doctor Kish especially Ketts. Thank you to fellow bloggers who do a far better job than me in writing about our splendid club. Thanks to those that comment ( even those lovely Bolton fans ! ). Thank you if you read this occasional nonsense.

May all of you have a fantastic evening and I wish everyone a wonderful 2015 ! 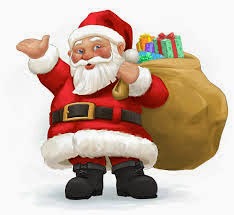 Hey Santa ! Have you got a striker in there for us ?

Last Saturday is best forgotten for a number of reasons. In terms of Charlton lots of lessons to be learned for Bob I think.

Don't play the same team that couldn't secure 3 points against a poor Blackpool side. Don't continue to play a keeper low on confidence when one of your experienced summer targets is on the bench. Don't play your best players out of their natural positions.

As much as Cardiff won't come to the Valley on Boxing Day full of confidence they'll prove a tough nut to crack especially if the displays against the aforementioned rock bottom club and Rovers is anything to go by.

Let's hope the Welsh side over indulge on Christmas Day and come with a leeky defence ! Who needs cracker jokes eh !

We need to turn the corner and fast. Ipswich away in a few days is hardly what the doctor ordered is it ? I know we've pulled a few rabbits out the hat before but I really can't see us getting diddly squat from Portman Road.

If you're looking for positives then the fact that I'll not be at the Valley on Boxing Day is perhaps one. I missed the 5-4 Cardiff game the last time we played them and I won't be too upset to miss it again provided we get the same outcome.

We always seem to be at home on Boxing Day and it's again a 1pm kick off. Not great for those of us living away from S.E.7. No public transport and with no desire to refrain from drinking on Christmas Day means it's a no go for me.

Far from ideal for Cardiff fans either. I'm not sure who programs the computer these days but I'm sure I could do a better with pen and paper !

The total nonsense of fixtures sees Norwich at home to Millwall  and Ipswich away to Brentford. The fixture computer...........programmed with you in mind !

I wish everyone a happy and peaceful Christmas.

I hope you have a great time and may that please include 3 points on Boxing Day ! 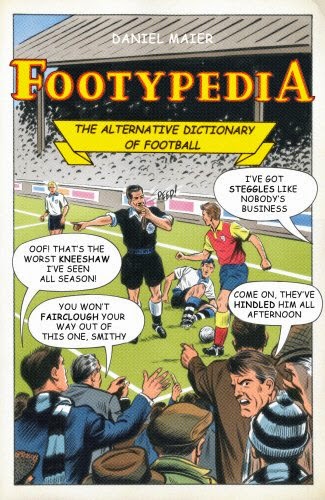 Yes, another entry for Footypedia and beautifully demonstrated from 10 yards by Andre yesterday. Clearly Bob has learned from his digging out our other central defender the other week as he appears to be keeping his own counsel on this one.

It was an awful miss yes but the blame for this draw lays across a number of people. Pope had a hand ( or perhaps not ! ) in both goals. A weak punch for the first and for the second he should have come and got the ball, the striker and the kitchen sink ! In the end of course, he did none of those things and ended up trying to chest it away. Oh dear !

May be young Nick needs to grow a beard, that seems to becoming increasingly popular with a number of the top stoppers. A Brian Blessed bushy beast of a beard would be good especially if accompanied by a loud bellowing noise that is associated with the aforementioned thespian.

The starting eleven wasn't one that most would have predicted. I spent some while trying to work out who was playing where and that wasn't made any clearer when play began. I believe Solly was in midfield but exactly where didn't become a lot clearer over the ensuing 90 plus minutes.

Gomez had a reasonable game but I can't see the point in moving your first choice right back especially with his left sided counterpart already missing. In addition, we were missing our first choice central pairing. Almost to a man I reckon Charlton fans would have opted for Buyens and Cousins in centre mid.

I also can't see why Gudmundsson couldn't play on the left allowing for more options of someone playing on the right, Wilson not least amongst them.

Sadly, having taken the lead we rather predictably sat back failing to press on and really going for it. There were options, Bulot or Harriott could have gone over to the left for example. I was astonished when Harriott went off as despite not having a great game, his pace always offers a threat.

Last minute goals such as yesterday and the Ipswich game are bad enough. They are made an awful lot worse against teams like Blackpool who weren't very good. It was clear that set pieces offered their best chance of a goal and we duly obliged, twice.

The tackle by TBH was unnecessary and it was a foul. He went through their player from behind and I'm sorry but you've not been able to do that for years, even if you do win the ball.

At a time when we're approaching the busy Christmas / New Year schedule things don't look great. We are thin on the ground in a number of areas now ( not just up front ) and the loan market isn't available to us until January. Whether we go and buy anyone in the next transfer window remains to seen.

Maybe the transfer window will have a message behind it that you get with a Jehovah's Witness Advent Calendar ! Let's hope not or we may have another potential entry for Footypedia ! 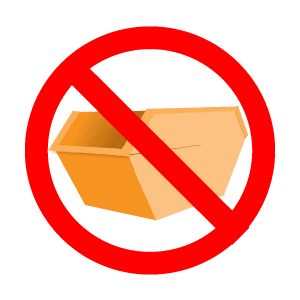 How will we cope without him ?

A few weeks ago Saturday's game would have been a mere formality of a home win. However, our dip in form mainly due to a failure to take chances means this is far from the case.

I know Blackpool beat Birmingham last weekend but they remain something of a basket case with  Karl Oyston having seemingly found a kindred spirit in Lee Clark. That tells you a lot as clearly Karl wouldn't know a good manger if he saw one as his treatment of Jose Riga so aptly demonstrated.

The Blackpool squad is a mish mash of players many of whom are on loan. Sadly, Nile Ranger isn't one of them..................imagine that being the case and him playing up front with a young Spaniard called Tonto.

Young Nile has had a chequered time on and off the pitch. Life is certainly not dull with him eh ?

Injuries will again affect us on Saturday at a time when we could do with all hands on deck as we face the busy Christmas period.

Henderson, Jackson and Wiggins will all be missing. Igor seems to be struggling along and we can ill afford to lose him at any time. One hope that a new striker will be bought but it seems there's more chance of someone buying that advertising slot on Charlton Live before that happens !

How will Bob shuffle the pack ? I'm sure Lawrie won't want to return to the left of midfield. One assumes that the returning Buyens will partner Coquelin in the centre with Cousins going back to the left.

Hopefully Harriott ( Sky commentators please note that's his name, he's not a bloody TV vet ! ) will again play in a forward position that appears to be bringing out his best and on a more consistent basis.

We desperately need to win if only ( I nearly said it'd wipe the smile of Clark's face but I don't think anyone's ever seen one ) to raise spirits ahead of the festive period. We're long overdue now especially at home.

I'm not sure where recent events have left Tucadean apart from a bit lower down on the pecking order. He may get more of a chance in the upcoming hectic schedule but any return of a rejuvenated Church might hinder that.

We don't go into many games believing that we ought to win, however, Saturday is one of those days when we should think so. This is Charlton though and we're bound to make hard work of it.

Here's to a home win, may it be convincing for a change and then we can all go home happy !