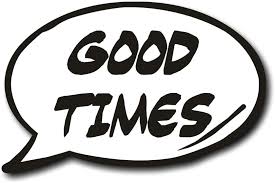 It all seemed too good to be true on Saturday. There was a large number of people waiting for the train and given my currently dodgy knee I opted to take the hit and upgrade to first class to guarantee a seat. Fortunately, I didn't have a train guard come and ask me for the fee.

Whey hey! immediately I'm up on the day and I've already theorectically banked £15 towards the beer kitty!

The tube arrived as soon as I stepped onto the platform and at London Bridge the Charlton express emerged within two minutes.

A lovely breakfast at The Valley Cafe was just what the Doctor ordered following which I met up with the rest of our party, beers followed and all was well with the world!

All good so far! The only potential stumbling block was the one thing that had brought me to S.E. 7! The Addicks devoid of talismanic striker Taylor were playing high-flying Leeds on the back of two successive defeats.

Accepted Lord Bowyer had already worked more miracles this season to date by securing some wonderful results on the back of some monumental performances. However, this was Leeds and we had suffered the aforementioned set backs.

I should have known better!

Leeds started like a train and it was soon evident as to why they are many people's favourites for promotion. The passing and movement at speed was quite stunning. However, as for all that there were no real clear cut chances to back that up.

Nevertheless Charlton were in danger of being overrun. As so often during his managerial tenure Bowyer moved quickly to address the situation and moved to a back three containing Pratley. It immmediately paid dividends and he went on to have an outstanding game.

The game's only goal came on the half hour mark following a corner that was ultimately bundled home someone. Even now it's not clear who but it was eventually credited to Bonne. Fair enough, he deserved it after putting it a goodperformance full of determination and running.

Clearly Leeds hadn't expected to fall behind to us! The lacklustre Bamford was not too pleased and launched an awful tackle on Gallagher that looks worse with every viewing. He should have been sent off. Instead he received a yellow the same punishment that was dished out to Lockyer for remonstrating after.

1-0 up at half time and I couldn't see how we would stop Leeds from scoring at least one. However, of course that's exactly what we did as the boys threw thier bodies on the line and gave it everything for the cause.

You couldn't fault any player. Solly had his best game for some time, Gallagher was immense and Bonne belied his inexperience at this level with tireless and intellgent running all afternoon.

The Valley was bouncing at the end celebrate another great win!

Wednesday sees another tough game ( aren't they all? ) as we entertain Swansea. Little time to recover from yesterday's exploits and there were some tired limbs at the end.

Bowyer will need to shuffle the pack and one would imagine that Pearce will return to the starting line up and that Solly, Pratley, Bonne and Williams will all drop to the bench at least.

It's a long season and players need to be carefully managed especially as we have another tough away trip to Fulham next Saturday.

One footnote to my Super Saturday was that my bet came in and I won £140! As if I wasn't beaming enough!

Here's to Bowyer and the lads keeping things going on Wednesday with another great result!

Bonne chance lads!
Posted by Phil at 20:07 No comments: