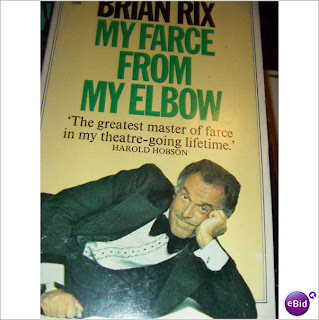 Brian would be well impressed by events at The Valley on Boxing Day
On Boxing Day I left home at 9am and returned at 3pm following a totally wasted 6 hours. That's 6 hours I'll not be getting back much like the money spent on food, drink, lottery tickets and programmes.

Who's to blame ? Well,  the club would have you believe the pantomime villain is Andy D'urso. Really ? Is he totally to blame ? I think the club has put a wonderful spin on things.

Given the late, late cancellation you'd not expect Paddy, Parky, Keithy or anyone else associated with the club to say anything other than that the game could have gone ahead. Whether they were right or wrong is pretty immaterial.

You've got to wonder why there wasn't a ptich inspection at 10am at the very latest. And that should have meant one final decision. Forgetting the likes of myself, the Saints fans were travelling a long way without the option of public transposrt too.

Never mind your Friday ptich inspection which was always a pointless exercise. If that ref had declared it unfit then I doubt it'd have been called off as it clearly wasn't on the morning of the game but that didn't happen.

Only one man's opinion counted despite whatever we may think of him. Someone should have insisted on that 10am at the latest final pitch inspection.

I checked the website before leaving and via my mobile whilst travelling down but no mention of any pitch inspections or anything to suggest the game was in any doubt. Radio 5 Live was on for the journey's duration but no mention of a ptich inspection at any stage. Surely the club should have made every effort to get that message across on a day when there were many cancellations and so few games going ahead.

No announcements once at the ground ( I was there from 11.15am ). The only one I heard was the one that said the game was off when I was in Bartrams. Only then because I was standing directly by a speaker. Even then I think it was delivered by " whispering " Ted Lowe !

Many people in Bartrams didn't hear that and were totally unaware 10 to 15 minutes after the game's cancellation.

That lack of and sub-standard communication from the club isn't good enough. As I said whatever we think of Mr D'urso and subsequently his decision, it was only his view that counted. That this mess happened at this time of year only exacerbated the situation.

The club has the mobile numbers of season ticket holders, is it too much to hope that a text could have been sent to keep folk updated. No doubt costs will be cited especially at a time when our lovely new website highlights an enthusiasm to bleed you dry for any information you may want. So what against the loss of good will of many fans...... a small price to pay.

I could go on a rant about the club's inconsistent policy towards the fall and rise of the rate of vat but won't. I think it's a sad indictment of the direction the club is heading.

On top of all of the above and a nod towards poor communication again..............an article in the Boxing Day programme talks of the game against Swindon being on the Tuesday as both managers have agreed to play then in order to give the players an extra day off after playing on the Saturday even though I thought Sky dictated otherwise.  Everything else I've seen suggests that it's still on for the Monday at 5.05pm. Now, like Coronation Street's Mavis Riley, I don't really know........ 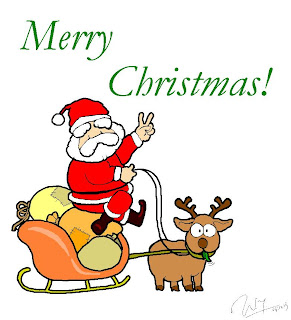 All the best people wear red and white
Merry Christmas everyone !

The takeover didn't complete yesterday but then I guess as seasoned Charlton fans we never really expected that it would. It's not the Charlton way eh ?

Hopefully our boys won't over indulge today and we will witness a better performance tomorrow than the last two.

I wish everyone a peaceful and enjoyable day with family and / or friends.
Posted by Phil at 07:51 2 comments: 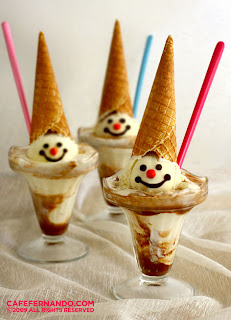 A very different sundae was on show at the Valley yesterday...........

Arghhhhhhhhh ! What to make of that ? It was one of those days........you might say Hagen Daz when you knew after 10 minutes that you'd wished you hadn't bothered.........clearly the players did ! However, I didn't dessert ! No, indeed I stayed the ( 3rd ) course.

Added to it all, it was as cold as ice ! To play so badly against a team like WALLSall whose confidence was wafer thin was so poor. I couldn't help recall when Millwall beat them last season............the LIONS MADE short work of them that day.

To top it all it's a game we'd win 99 times out of a hundred ( and thousands ) but the defence was flakey !

The performance was more Tom and Jerry than Ben and Jerry. It went down like a bombe. As they say in parts of the states.......we were frappe. For the goal the defence was all over the glace.

I declined a sherbet at half time opting for a cup of kulfi although that didn't cheer me but it'll help the club's catering takings with me playing the PROFITerole.

My God ! This is what a bad defeat does to me ! I bet it leaves you cold. Enough already, no more ice cream " puns ".

Never look back wishing Sir Lennie once said..............so we'll gloss over that and turn our attentions to the Paint Pot Trophy. 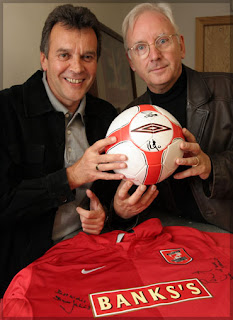 My trip to SE7 today is my second part of sporting action this weekend. Last night I saw Northamtpon Saints play Cardiff.........well I say Cardiff but really it was Saints v Dan Parks as the unerring boot of the Scotsman produced all the points for the Blues. Dan did miss one kick but given that was about 10 metres inside his own half he could be forgiven for showing that he is human after all.

Walsall pitch up at the Valley today. Everything points to a home win against the team bottom of the league and a return to second place, one point behind The Seagulls. However, this is Charlton and we all know it probably won't be like that.

The match gives echoes of a home game against Swindon  a few years ago. I recall we lost 1-0 courtesy of a rare gaffe from Kiely following the only attack The Robins had all afternoon. Should the presence of another bird, a swift, on the club badge be seen as an omen I wonder.

The replay win over Luton was most welcome as is the match at White Hart Lane in terms of finance. That we are managing to win when not playing well is a good sign.......long may it continue. I don't think any of us cares about the manner of victories just that they keep coming. If as Steve Brown said on Thursday that without invesmtent and promotion we are in the words of Private Fraser " doomed " then that really is all that matters.

The probable return of Peter Varney has been most welcome news. The best cheif exec we've ever had in my view on a number levels. Highly regarded by many football folk this is a real shot in the arm. Hopefully there'll be no problems with the takeover. I've no idea if the group he's heading loads of cash or not......I'm not getting the impression that they have much. However, that's largely immaterial as it's more important that we have someone at the helm who can run the club in proper fashion and make the most of what we have.

Other clubs, dare I say, Millwall, have achieved promotion on leeser crowds and turnover than us so it's not an impossible task. We need to be prudently run and following all the cutbacks the club has seen in reason seasons then financial stability shouldn't prove beyond Varney's capabilites.

This has been quite a few days in the world of football.........just when you thought nothing could be more bizarre than the recent fiasco with both the 2018 and 2022 world cups, up pops Newcastle again ! Always good for laugh on the domestic front, they've surpassed even their own high comic standards. Shearer was always going to be a failure as a manger ( I never liked him as a player ) and so it proved but the Mags still wanted him to manage in the Championship. It was to their eternal good fortune that he said no and that they stumbled upon Hughton.

Getting rid of Hughton was one crass error and then appointing " Super Al " another............then going on to give him a five and half year contract, well words fail me ! That's going to cost them a pretty penny when he goes in 12 to 18 months time. We all know that Al likes the squeeze out the last drop of blood......." he'd take the drippings from your nose " as my mum used to say, an epxression that seems tailor made eh !

I love the fact that he was happy to take credit for the win yesterday against a poor Liverpool side. " We made a couple of changes "...............and got lucky he should have gone on to say !

The only good to come out of this sorry episode is that a decent bloke like Hughton will find his stock has never been higher and he should soon return to managment and that we can all enjoy Pardew making a real mess of things. Expect the call for another " Messiah " to echo round Sid James's Park very soon.