St George and the season drags on 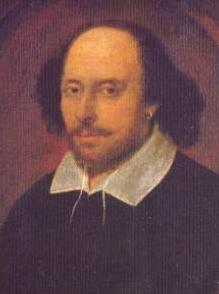 Shakespeare walks into a pub, the landlord says " you're bard "
Tomorrow is both St George's day and the anniversary of The Bard's death. The nation will celebrate both with the same level of enthusiasm as Addicks fans have for Rovers away.

Having kicked an opponent I doubt that Christian Dailly is kicking himself at the moment. Misses the last 5 games of an awful season and gets to enjoy some of the finest weather we've had in April in many a year.

Given that our season was over many weeks ago and we've had bugger all to play for ( pride and season ticket sales aside ) it's a shame that we've not seen some of our youngsters given a go. Jenkinson shows what you can discover if you do albeit he's off to pastures new. We've got previous in this area as Curbs also refused to blood youngsters when we were safe with nothing to play for.

I think we know who Powell wants to keep next season if he can. I guess we'd all want Stewart to stay but I think he has loftier ambitions. That his family are abiding in Caledonia would suggest that a northern club would appeal more to him than one in the metropolis.

I doubt there'll be many surprises in team selection. One can hope that should we be in need of a goal late into the game then we send on a striker rather than put the Doc up front ! Couldn't see the logic of that last week.

At least the oppo for the next 3 games have something to play for. Perhaps that may get our boys to raise their game.

Can I Have Some Of That Bad Luck Please ! 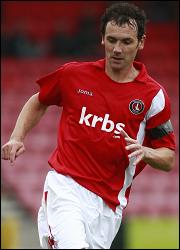 suffering......
One of the club's daily ( geddit ! ) e-mail bulletins this week headlined a story about our Christian's 5 match ban with " Dailly endures early end to campaign ". Endures ? Er excuse me ? There are plenty of adjectives one could use but endure surely isn't one of them.

If anyone is enduring anythng it's us poor bastards in the stands ! All of us are thinking how fortunate he is not to have to witness the end of this woeful season. If any of us were cynical and of course, as Charlton fans none of us is, we might wonder if Christain had worked out before kick off what a red card might entail. Would I blame him or hold it against him ? No, of course not ! If only a similar system were in operation for us hapless souls !

The cricket season has started and naturally that has meant a return to dull and overcast conditions which could be a metaphor for our collective mood. Like the Addicks, Kent started with a win but now look like losing their second game against Northants and by some distance. That it's a couple of ex-Kent men inflicted the damage with the bat makes it no easier to bear !

Is it worth looking at today's team selection ? No, not really. Dave from Drinking During The Game did a good assessment of which players we ought to retain for next season and I agreed with most of it. I think it's pretty much black and white for the majority with perhaps a couple of borderline cases. We'll see what Sir Chris and his team decide over the summer. Hopefully he can retain Stewart.........that increasingly looks like his main objective.

We get to vote for player of the year today. Even if AV were in operation it'd be pretty much a forgone conclusion. I expect Semedo to canter home with Jackson second despite missing a large part of the season which pretty much sums it up ! Some may fail to register a vote.........I understand that even McCormack's mum is voting for Francis !

Meanwhile the FA cup semis are on this weekend and the FA's decision to hold both at Wembley although based on footballing traditions, looks increasingly ludicrous. However, I doubt those purists at the HQ give a toss about that as thousands of fans from all 4 teams are stuck in traffic having shelled out loads of cash for the privilege. No, they'll be too busy counting the money.

I was so pleased to see Brighton get promotion. They have proved that you can play some decent football and still get out of this division in the right direction. Speaking of which I don't think we'll witness a feast of football from the Terriers today.....we know we wont from our boys. However, we travel to SE7 in the hope that our boys can raise their game and put up a decent fight whilst showing some spirit. 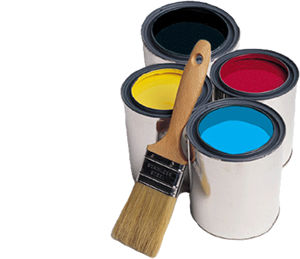 Hmmm I can hardly wait.........
It'll surprise no one that I'm not making the trip to Oldham today. One wonders how many Addicks will. Good luck to those that do......truly loyal supporters. I've got a couple of weeks off as it's the school holidays. I will mostly be decorating. I can't stand it and somehow need to motivate myself to get on with it.

Similarly Chris Powell has to motivate the lads for today's game and in fact the rest of the season. With a few going and presumably not giving a toss it must be hard work. Not sure we can judge him too much on these next few performances.

I guess I'll still be going to The Valley for the last 3 home games but I can't get too excited about it.

One can only hope that we start to see things taking shape for next season to give us a glimpse of better things to come.......here's hoping ! 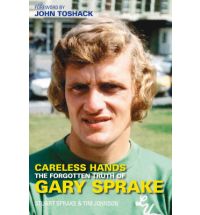 Visit Charlton Casual for a nice twist on a Clash classic in tribute to JJ !

You've got hand it to the O's yesterday or rather Mr Jones handed it to us ! A comic piece of goalkeeping for the second goal that will live long in the memory. It makes a nice change to report on a gaffe from the opposition rather than us.

Like Sir Chris, I felt we pressed quite well yesterday and that bit of effort is the least you can expect from a team especially if things haven't been going your way. I was surprised that Orient opted to try and play it about at the back when clearly their players seemed ill-equipped to do so and appeared terrified when the ball came to them.

The departure of Revell was a boost as he looked to be playing well. Despite that, Orient caused us problems right to the death. Not sure on the validity of " both Orient goals "....... even McGliesh looked sheepish about his. Hey ho ! Never mind we won in the end.

The ref aka The Pilsbury Dough Boy was truly awful and should have clamped down on the time wasting early on. The point at which he further wasted time by going over to Jones to speak to him and not issue a card was depressing. If he wasn't going to book him he should have gestured and made it clear that he wasn't going to accept any more of it. Again if it were rugby he'd have had a word with the skip and skip in turn would have had to make it clear to the rest of the team there'd be no more of it.

Just about everyone played their part yesterday save for Wagstaff who failed to deliver again. Why does he never attack space and / or take on another player ? How he stayed on I don't know.

How lovely to see Semedo score yesterday and even more the sheer delight he got from doing so. Wonderful and akin to Sir Chris's goal againt Coventry in his last game for us.

I was very impressed with Stewart and as Ketts points out, he is a player to build a team around and from the gesturing and communicating yesterday seems a natural leader. A good acquisition....

Pre and post match beers in the Royal Oak were lovely yesterday. They keep the Doom Bar well even if they do have a worrying trend to run out at various times !

A real test awaits us on Tuesday at St Mary's. I suspect a change or two may be needed for some tired legs. We do have options though and that's quite refreshing to report.

Good luck to the Bees today at Wembley. I'd like to see them win the paint pot thingy.

Oh to be in August now that Spring ( and the rest of his team-mates ) is here.... 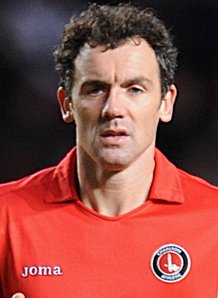 Can our Christian stay on for the full 90 plus stoppage today ?﻿
Back in August, sun shining, we all had a thoroughly nice away day at Brisbane Road. A balmy evening, down to 10 men, we won 3-1, even McCormack scored and we had a laugh at an " O's fan " in a United shirt ! Up the football league we go we sang as everything looked rosey in the Valley garden and we contemplated the possibility of another 6 game or so winning start to the " promotion campaign ".

However, Charlton wouldn't be Charlton if that wasn't to come crashing down around us. It all seems a long time ago now and the roller coaster ride that contains more downs than ups continues to disappoint.

Performances have improved a bit of late although I don't know what that says exactly given the base point from which that comparison is made ! Never mind, to be an Addick you need a large dollop of optimism ( as well as a sense of humour and a predilection for masochism ). It's with that state of mind that I approach today's game with a positive outlook and after all, the sun is out and we always play well against the O's in warm weather.........it's fact........see above !

Since their inspiring cup run the O's have seen something of a dip in form. Their win bonus of a trip to Vegas may have turned their heads perhaps ? I'm convincing myself more and more of a 5 star performance today from the Addicks with goals a plenty for us, a clean sheet and Brazilian type football. Blimey and I've not yet stepped out into the sun today..... !

Joe is injured again and good a player as he is I'm not sure can afford to keep a player who has more knocks than Frank Spencer. This means a return for Benson I guess and I know he played well on Saturday. Sadly he can't seem to do it all the time and he's not my " type of player " to be honest. Like Elliot he only seems to perform when he's under pressure. If there's one of many things to hope for next season it's that there's more competition for places as currently too many players can safely assume they'll not get dropped.

Too much to hope that Eccleston will start ahead of Wagstaff. I sound like a scratched record ( remember those ? )  but I can't see how Wagstaff gets in ahead of him. My midfield would be Parrett, Stewart, Semedo and Eccleston...........boy that sounds good. Sadly it wont be anything like.

Never mind it's a lovely day and I'm looking forward to some quality ale ( pre and post match ), quality football and 3 points for the Addicks !