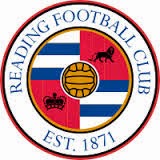 After three games on the road we return to SE7 on Saturday. Saturdays and home games haven't gone too well for us in the last couple of seasons. Tuesdays of course are a different matter.

Reading, like our previous two Saturday opponents, Burnley & Derby, will provide a tough test. This is not least because of the quality of the players in their squad but their away form is very good.

Since our last Valley appearance the two wins at Forest and Leeds have made things look a bit better. I felt we played reasonably well ( second half at least ) last Saturday against a very good Derby side. To an extent we were masters of our own downfall there with that killer second goal.

Of course our sole remaining French player ( they're disappearing like les gateaux chaud ! ) Dervite didn't play at Derby but made a fine return in midweek. He has had a fine season in one which has been awful of course but would have been an awful lot worse if it weren't him and a few others.

To get any points out of the Reading game would be a tall order in the normal run of things but given our current run of 2 games a week, it's an order of Peter Crouch proportions. However, we know that with good backing our boys raise their game and we must hope they can.

It's to be hoped that Reza can take a lot of confidence from his glorious strike on Tuesday. Clearly he has something albeit that upto then it wasn't clear to me and I really had my doubts. I pray that it's not a flash in the pan.

Ben Hamer deserves a mention as in the last couple of months he's been in the best possibly of his career but certainly in his time with us. All credit to him as there realistically is no pressure on him as to any challenge for the number one position. Ben appears totally focused and driven.

Anything from Saturday will be fine and we can accept a defeat as the real crunch games await on the next two Tuesdays. As I said with good backing we have a chance let's hope the atmosphere needs to be spot on.