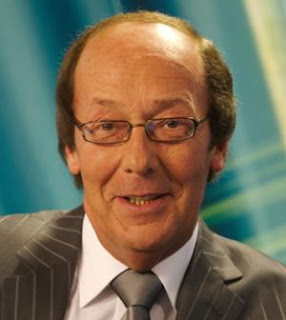 Fred Dinenage - how do you end up being associated with Harry Redknapp ?
﻿A real throw back to my youth today as good old Fred got mentioned in dispatches following 'Arry's aquittal today. No case to answer then for the Spurs manager nor Monster club chairman Mandaric.
A good job that as West Ham manager Harry didn't complete the transfer of Richard Rufus and open an offshore account in our former player's name eh. Still the idea of opening an account with a canine name is proposterous, I don't know why I even gave it any thought.
Enough of other club's manager and chairman. Saturday's postponement whilst an unwelcome disruption to my weekend's plans did at least give our boys a break. We might just have needed that although the resultant 5 games in 15 days isn't exactly what the doctor ordered.
We haven't being played that great of late albeit well enough to beat the Sheffields, Exeter and gain a point from the Shakers. The early season fizz and panache has somewhat disapated and needs to be rediscovered. Hopefully the enforced hiatus will have given our boys the chance the re-charge their batteries.
In addition, I didn't fancy us playing Rochdale at the moment and when the re-arranged game comes around the traditional honeymoon period for new manager John Coleman may have passed.

Let's hope that we are raring to go and that Saturday's game doesn't also fall foul to the weather.