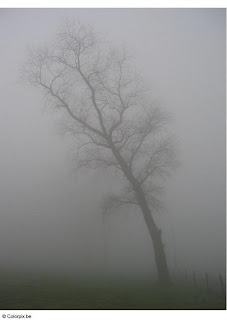 The view from the Dreams Stand late in to the game.

Adams Park is very much the out of town ground isn't it ? There's bugger all around and apparently only two pubs...........even then I only found one of them, the Hour Glass and this after driving around for some time ! Clearly the ground isn't named after the old Arsenal defender then.

Led to believe that a pre-match beer and bite to eat could be got at the ground we headed to that. Fair play, we had a beer in Scores and were made to feel very welcome. We relaxed as we watched Rafa's men drop more points in the quest for fourth place. Not so long ago children, Liverpool used to be quite good and actually won things and had aspirations of finishing higher than that, that's all changed now of course. With expectations lowered so are the chances of the manager getting sacked now no matter how bad he is or how much tosh he talks.........FACT !

A good showing of away support yesterday with everyone up for getting behind the lads. We weren't very good to be honest........the team not the fans......let's hope that it's just as a result of not playing for some time. Really we should have brushed Wanderers away quite comfortably. I'm hoping we improve as we get back to regular games....weather permitting.

Luckily, Wycombe missed their best chance early on although to be fair we did the same on a couple of occasions. The addition of someone who can tuck away chances on a regular basis would be very useful.

The plusses were the return of Burton, Dailly and Richardson, the latter looking good coming forward. Let's hope he stays fit. It'll be good to see Youga back too.

Another plus yesterday was that McLeod only had 30 minutes at Posh. Good, the less he's on the pitch the less time they have to realise just how bad he is.

Plenty to improve on for when we play the better sides but a win's a win and we'd have all settled for that before kick off.

Having left the Dreams Stand after the match it was onto the nightmare of driving home. It seemed an eternity before we got onto the M40. We then got held up for some time on the M25 as it shut in both directions. I later discovered this was due to someone wandering aimlessly across said motorway..........Izale ? Is that you ?