We've Got No Herr But We Don't Care 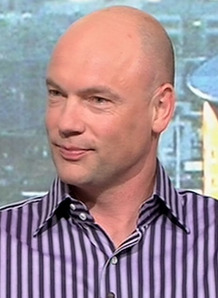 Herr Rosler or should it be Herrless Rosler
﻿Indeed, we don't need a German manager and we're quite happy with Sir Chris thank you very much. At the half way point of the season with the Addicks in first position with a lead of 4 points it's been a very good first half despite last night's set back.

Following a defeat it's often good to have an early chance to go out and put things right. I think less than 48 hours counts as an early opportunity. Of course we will now have Hamer in goal which will please the Brentford fans who are probably looking forward to giving him dog's abuse as they were upset with him following the game earlier in the season. Hopefully it will spur him on.

Opinion on Uwe Rossler amongst Bees fans seems to be divided however, it would seem he's done an acceptable job if their position of 7th in the league is anything to go by. One or two seem to feel he lacks something tactically although he was obviously astute enough to make the necessary changes yesterday to turn the game after being 3 - 0 down to the Dons.

Brentford are unbeaten in the league since 19th November when they lost 1-0 to........us ! We didn't get any credit from Uwe or Brentford fans that day and from what I read we did seem to ride our luck somewhat. Mind you there was a reluctance to accept that we were atop the league on merit and they were keen to judge us on that one performance.

The Bees last three games have all ended in draws none as spectactular as yesterday's of course. They arrive at the Valley full of confidence and a never say die attitude as a result one would imagine.

Sadly Miguel Llera has left and is now at Sheffield Wednesday so we won't see him tomorrow. As far as I'm aware, in contrast to the Orient game, there is only one ex-Charlton player in the Brentford ranks. That's Myles Weston who hasn't featured too much this season.

The charming Gary Alexander plays up front, he's a really nice chap and is bound to give us Addicks a cheery wave.

In light of the appeal for Hamer, John Sullivan will not now start between the sticks. Hopefully at worst Hamer will be banned for the Fulham game. Green will, of course, return following suspension. Hopefully Ephraim will be available following illness although whether he gets more than a place on the bench will depend I suspect on how Skip is feeling following the Orient game.

I do hope that Yann gets to take a free kick should the opportunity arise. I couldn't understand why Skip took one yesterday in the first half with the Breton having scored a peach of a goal against Yeovil.

Sir Chris did say he was going to rotate the squad over Christmas and new year but other than that which has been enforced there's been little sign of it to date. We'll have to wait till tomorrow to find out how serious he was that one.

Leon Clarke has now joined following Benson's departure to Swindon. Clarke is clearly a competent player at this level with the only question marks being over his attitude. I'd back the gaffer and his team on knowing what they're doing and believe we should give young Leon a chance before we judge him. Since his spat with PDC he's managed to keep his nose clean at Chesterfield it seems.

Where Clarke's arrival leave Hayes is open to question. One assumes that Clarke will be on the bench sooner rather than later and Sir Chris has shown previously that he's not overly given to sentiment ( perhaps save for Euell ) in his team selection. If he feels someone will do a job then they'll get their chance.

This also raises questions over Euell. Having been on the bench for the last two or three games Jason was nowhere to be seen yesterday. I do find the selection policy with him and indirectly with others has been inconsistent to say the least !

Chris Solly deserves another mention as he continues to impress. He really is progressing well and perhaps the myopic Arsene Wenger will be wondering if he got the better right back !

I'll be disappointed if we don't come out all guns blazing tomorrow and giving it a really good go. My hope is for a win, playing well and a Wright-Phillips hat-trick.....all in that order. It's not too much to ask is it ?