Sweet As A Nut 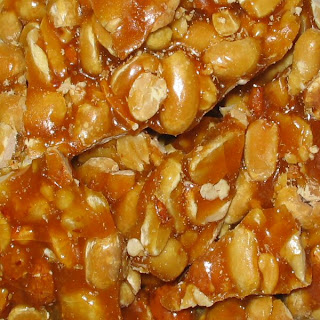 If Johnnie's free kick were confectionary it might look and taste like this.
﻿﻿A superbly executed free kick from Skip yesterday was enough to secure the win and three points at Hillsborough yesterday. Well, it took a bit more than of course as excellent defending was required against the inevitable bombardment. It was no surprise to witness a direct approach from Wednesday as that's the way Megson likes to play. It's all set up for that ( right down to the ballboys with towels for drying the ball ahead of long throws although that wasn't a courtesy afforded to our boys ! ) with a very big physical team and it obviously works well for them especially at home unless the oppo's from S.E.7 !
I was sorry to hear of a number of train-travelling Addicks who didn't make it to the game due to signal failure at Leicester. I'm not sure if some didn't arrive in time to catch the last part of the game. I hope the rail company concerned will refund monies although it's probably unlikely.
Ref Neil Swarbrick was bad for both teams on occasions not seeing some blatant pushing from both sides and on one occasion awarding the Owls a throw-in that clearly should have been ours. I don't believe that Semedo should have got a red for blocking Pritchard as it was inside our half and I don't think you could call that a goalscoring opportunity really.

The Owls ground is a fine football stadium which serves to remind of us the excellence of Archibal Leitch, a man who desinged a vast number of stands for football stadia in the UK.
The tension was high yesterday and I've never seen Sir Chris so wound up by the oppo's coaching staff. The fourth official made several interventions. It wasn't just Megson but also Chris Evans ( no not that one ! ) and Andy Rhodes ( most notable for being quite portly and Jordan's dad in that order ). The gaffer has since indicated he was sworn at several times as was former Wednesday player, Morrison. No need for that but confirms the popular view as to what type of person Megson is. Never mind, at the end of the day I'm sure Sir Chris enjoyed his anniversary.
Speaking of Megson and a word about the Wednesday side, perhaps he should remember the old adage of not changing a winning side. Clinton Morrison made way for Madine who'd been out of the side a while. I'd have thought Morrison C had a point to prove and is always up for it against us. He looked quite determined to me as he came on as sub.

I wouldn't have started with Pritchard yesterday and thankfully I'm not the manager because he had a fine game, never one to shirk a tackle young Bradley got stuck in and again showed he has time on the ball and is always looking to play a good pass. He has come on so much.

Sir Chris had done his homework and defenders doubled up on Marshall and nullified his threat. I have to say that Hamer's distribution was terrific yesterday and in particular one kick out to Green in the first half should hve brought us another goal.

The defence was superb again as it has been throughout this season. They play so well as a unit. Those clean sheets give us such a platform and after all if you don't concede, you don't lose....it's amazing what you learn from watching football for years eh !

Sadly BWP wasn't able to score when one on one with Weaver who did make a good save to deny him. A confident Bradley would have buried that. He still made a good all round contribution, working hard to find and create space whilst being prepared to take on defenders.

Yann again worked tireslessly, I'm loving the Frenchman........in fact all the team come to that !

Aside from the goal, I thought Skip had a great game......for me one of his best. I'm not a big fan of him out on the left but he really did well yesterday. Super stuff Skip !

Next week's opponents won and played " superb " according to some of their euphoric fans on Radio Sheffield. The Dons game was frozen off which is a poor show, it was so much colder up north but no other games got called off. I pity the poor Carlisle fans and perhaps the hapless groundsman who has a lot to answer to. The plus side is of course another midweek game for the Dons who reply against QPR on Tuesday. The two Sheffields remain in the cup and I'm sure we're wishing all three sides the very best in the competition.

Huddersfield, like us, no longer have interest in the cup and they managed a one nil win and without Jordan scoring......who'd have thought eh ?

Winning the three remaining January games is a big ask but if we can we'll set ourselves up nicely for the outstanding 3 months and a week. We have 12 home games remaining which should be good, however, some sides will no doubt park the bus. It is so important that we don't go behind at home as I fear that'll probably be the case.