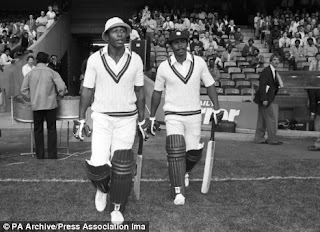 If the royal borough and Danny enjoy as partnership as successful as the one above then we're in for a treat !
﻿I was mightily relieved when Cort signed up and very pleased in equal measure when Danny put pen to paper too. These will prove to be very useful and significant signings I feel. Now we'll spend the remainder of transfer window not looking for new recruits but hoping that none of the present squad heads the other way.
We're oop north today for the first of two Sheffield games both of which have a great bearing on our season. I've said I'd be happy with both being draws and feel that 4 points is best we can hope for but maybe that's me being a tad pessimistic. No Sky cameras today so that helps immediately.
Wednesday's home record is tip top so anything other than defeat will do for me as I said. In addition, we don't want to cede any ground to our promotion rivals.
I'm travelling up with my lads and some Wednesdayites today so I will be able to give the Sheffield view of things post match.
No Madine of late for the Owls although he may be on the bench. Semedo, Llera and Weaver will all probably play a part. As much as I never liked Weaver and didn't rate him at all he seems to have been playing ok for his " own " club. I'd suggest not booing him as it only serves to inspire the less able but I feel that a bit of pantomime behaviour from our fans is inevitable.
I think we can successfully name most of the side with midfield the only area where it's difficult to call. I'd have thought that Russell will be in for Pritchard alongside Green, Jackson and Hollands.
I believe it's safe to assume that the other Sheffield team and MK Dons will secure wins today so avoiding defeat is crucial. I expect us to go for the win though of course, Sir Chris doesn't send his teams out a la Oldham eh !
I guess we can expect a physical approach from the Owls.........Megson doesn't do neat and attractive football. We showed we can deal with that when we played with Huddersfield so there's no reason why we can't today with support from the ref.
Let's hope for a good game and travelling back down the M1 with another 3 points.
Come On You Reds !
Posted by Phil at 09:20