Happy With A Draw 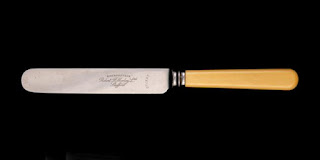 Sheffield Steel but the Blades lacked a cutting edge.

For pretty much the whole game I’m sure most of us would have settled for a point on Saturday against a strong Blades side that looked fit, quick and inventive.

Clearly we didn’t deserve a share of the spoils but it’s happened to us before so we’ll not concern ourselves too much over that.

Clearly Nugent has the best record of any Charlton interim manager just eclipsing the great Fraeye. That the club didn’t hold on a little longer is a missed opportunity unless Nugent himself really didn’t want the job of course.

I’m pleased to see him remain on the coaching staff although it’s getting a bit crowded there with the imminent arrival of Barker and Roly’s latest stooge CO’L lurking around in the background.

Whilst outplayed for most of the game it is to the team’s credit that they hung on in there to get the draw. One can’t help but feel we would have been a more potent force if Botaka and Chicksen had started or at least one of them.

United’s goal came from a well organised free kick routine that was greatly assisted by our boys deciding to a mannequin challenge on the pitch. Added to this Phillips had one stain on his performance by being beaten so easily at the near post. Better positioning might have prevented the goal but he was cruelly exposed by his team-mates.

That aside Phillips produced a mature and polished performance making several impressive and crucial saves.

It should be noted that the referee was pretty shocking as he let a lot of cynical United fouls go unpunished whereas the slightest infringement from our boys was punished immediately.

Now we have a break from league action as the latest arrival on the Addicks managerial merry-go-round, Karl Robinson climbs aboard.

He has a full week to get his ideas across and decide on his best side. Robinson won’t ever approach a game with more knowledge of the oppo than this one so failure to win won’t be a great start……..no pressure !

I can’t see a reason to field anything other than the strongest starting eleven we can with the potential of a prize third round draw in the offing.
Posted by Phil at 08:54