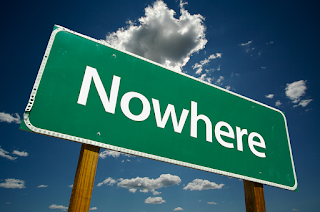 The extent to which Mr Slade was hampered and impeded by the regime is unclear and will probably not be known for some time. I’m sure it can’t have helped in recent weeks to have a network manager sat in the stands.

However, whilst acknowledging all that and the reality of working for these buffoons Slade’s decision making and tactics did result in some of the worst football I’ve seen at The Valley in over 50 years of support.

Lookman on corners, the refusal to ever start league games with Chicksen, Tex, Botaka etc. The ever changing frontline. Playing the wrong players out wide. The list goes on.

Therefore, to a large extent Slade must take some responsibility for his downfall. I acknowledged that he improved a number of things off the pitch and in the general set up. However, as I remarked before these seem to me to be the fairly bog standard way of running things and a minimum expectation.

Mr Slade appears a decent man who early doors struggled to cope with the pressure as evidenced by a couple of testy responses in interviews following poor displays. One recalls his “ it’s not me on the pitch “ response in particular.

Under normal circumstances I can’t believe there’d be too much outcry at his departure. I wish him well and hope that he finds another job soon. One thing’s for sure, he’s likely to find better employers than in his previous two managerial posts.

A wise man ( and fellow blogger ) recently said to me “ be careful what you wish for “ following a bit of a rant about Mr Slade. How right he may prove to be. We’ll have to wait and see as to whether we get a decent replacement or yet another network failure. The early signs don’t look good.

A network manager would only fan the flames further and really cause merry hell.

This latest episode is further evidence as to how bullet-proof our CEO is. Her inability to hire and support the people she appoints is staggering. Anyone with an ounce of personal integrity would have walked long ago. Instead we get the usual spin and she goes into hiding.

Duchatelet clearly won’t fire her despite her overseeing the worst period in the club’s history as she alienates the fans and haemorrhages vast amounts of money.

Given the response to yesterday’s news it would appear that a majority of the media and football experts are finally turning against her and Roly. No amount PR help is going to get you out a mess this big.

One can only hope that the biggest and best result that most of us seek will come to pass sooner as a result. That is, of course, that Roly and Kat sell up and go !
Posted by Phil at 12:36