The Magi of Christmas 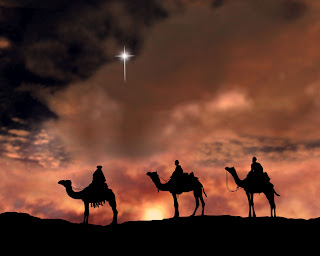 They should have gone west not east and now may miss the Addicks v the Glovers, as a result it wasn't only the camels that had the hump ! Never mind they realised if they headed home straight away they would probably catch the Addicks at the Matchroom Stadium ( well they do come the Orient ). I bet they've got a flat overlooking the ground.
﻿A reference to the Magi made me think of former player Bougherra and had he still been with us then I might have attempted a pathetic name based joke but he isn't with us any more so that won't happen.
Last Christmas we got new owners and fortunately we avoided having a wise man at the club as we once feared. We also managed to avoid Gold ( and Sullivan et al ) as he headed east so we truly have a lot to thank God for eh ?

My preparations for Christmas are just about done with one present left to get. I've got most of the food but not the drink yet...must remedy that tomorrow ! Got the crackers so they'll be good for some awful jokes that will get repeated over the next few months on the blog....sorry !

Got my pressies from Milton Keynes shopping centre. Once this was viewed as one of the best if not the best in the country and people would bus in or drive from miles away to visit. Not sure why and have never seen the attraction myself, shops are shops aren't they ? MK doesn't have shops that you can't find anywhere else and the main part now looks very dated......even I've aged better and that is saying something !

Last night saw a reunion of some of my fellow tourists from 16 years of cricket tours for Abbey National Cricket Club. Each one of the tours has been in North Devon mostly based in Bideford. What a wonderful part of the world, lovely scenery with people to match. We gathered in Wetherspoons, drank some toothsome ale and reminisced.......... a lot. With most of us having aged somewhat and retired from the game each tour has been harder for numerous reasons. We are hoping for one last hurrah in 2012.

Can the boys return to winning ways on Boxing Day ? Let's hope so as the 3 points would be a Christmas bonus for all us Addicks before the first of two London derbies away to the O's.

I wish everyone and their families a peaceful and happy Christmas.......have a good one !