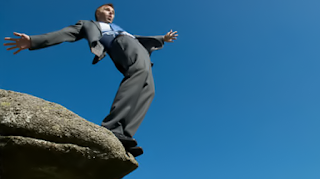 Question is Mr Duchatelet, how far will we fall ?

Surprisingly no matter what happens on Saturday we will not be relegated. After such an appalling season that seems incredible. However, we all know that we're pretty much dead and buried and in reality have been for many months. Even if we'd won our last two games we'd still be 5 points from safety ( six if you include our woeful goal difference ).

We're just awaiting the last rites now. Sadly, we'll not just be burying an awful season. A lot of our pride, hopes and dreams are heading 6 foot under and may not reappear for some time. That some time may be many years.

I now have to suffer the kids at school ribbing me about my team. Fair enough but tempted as I am I can't tell them about this rich ba**ard owner who is ruining my club..........much as I'd like too ! None of it does much for my credibility as their PE teacher !

Relegation is part and parcel of supporting your team ( well it is for most us save a select few who follow some of those Prem teams whose clubs aim of being incredibly wealthy and never having to worry about the dreaded R word is a reality these days. ). However, under the richest owner we've ever had this is a relegation of the worst kind.

The future offers no hope whatsoever unless Duchatelet has a complete U-turn whilst riding the club of some of the most ineffectual employers it has ever had. At present we are set to lose virtually all our decent players and probably some more decent club staff to go along with those that have already departed.

We do have a crop of fairly good and promising youngsters but they need gentle introduction into the team alongside some seasoned pros. When we last escaped the third tier we recruited extensively as Chris Powell managed to get them all to gel so effectively. There's little chance of that being repeated even if we did copy that same level of player acquisition.

Derby come calling on Saturday and they still harbour real hopes of getting to the promised land despite the rather harsh sacking of Paul Clement. They've been on a decent run of late and will be a tough nut to crack.

We might as well make the most of the three remaining home games as they'll the last we see of Champ football for a while I fear. I think we're in for a long summer looking to see who might come in whilst one by one players leave.

I'd like to think that the cricket will offer a pleasant distraction but as Kent have just spent four days looking out the dressing room window without a ball being bowled the omens aren't good ! Hey Ho !