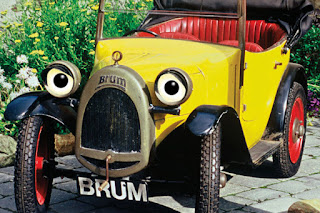 I'm sure even Brum would score from a corner against us.

Two weeks nearly since our last outing and latest 3-0 reverse and nothing has greatly changed in the fortunes or direction of CAFC.

Our esteemed owner has further worsened his " relationship " with the customers something which is quite an achievement really, huh ! Other than that there's no cause for optimism on any front on or off the pitch.

One or two long term injuries appear to be returning to the training ground but aren't match-ready. Stephen Henderson doesn't appear to be fit to return to the squad as his dead leg / finger injury / chipped fingernail ( delete as applicable ) shows no signs of improvement.

Our chances of surviving realistically went ages ago but even the mathematical ones are fast diminishing.

Still no word / comments directly attributable to our esteemed CEO on anything at all really. Not that it's worth hearing anyway I suppose. However, one assumes that we are still devoid of plans for League 1.

All in all situation normal in S.E.7.

Looking back on the video of the meeting from November 2015 and Katrien was saying that  " we also need you the fans to make this club bigger and better........and we will make that happen ".

She also went on to refer to further engagement other than just the fans forum. Hmmm no sign of that I fear !

Either in this same video / meeting or another she says that she is responsible for the running of the club. That's how the owner wants it I seem to recall.


Clearly Katrien has failed spectacularly on all three of those. To be fair she didn't put a timescale on any of that other than to say it would be " in the next coming years "..........no ! Me neither !


In reference to connections with the community she refers to local businesses including Andrew Sykes. Well, here we are some 4 months later and Andrew Sykes are withdrawing their financial support of the club I understand.


Given the above it's a shame that no one has asked her what she would do if she failed with aims that she set out and statements made about working closer with the fans.


Of course she has only succeeded in alienating the vast majority of fans and the Target 20k initiative is dead in the water. Any decent person would acknowledge their failure and resign but I think Miss Miere won't go of her own accord and it seems that hell will freeze over before Roly dismisses his blue-eyed girl.


As we hurtle towards League One we can only believe that we will start next season in no better position. Who would want to come to our club no matter what league we're in is unclear. That would not just be players but coaching staff and other potential employees in general.


Tomorrow's game against Birmingham provides another reminder of how mismanaged the playing side alone has been handled as Michael Morrison once again sets foot on The Valley turf. Whilst not the most accomplished defender we've ever had he played with heart and real commitment and gave it his all.


Like Kermogant it appears that very little effort was made to keep him. That he is a regular in a promotion chasing team speaks volumes. He's bound to prove his worth again tomorrow should he be tested !


Little short of winning every game would keep us up. Sadly, like many others I wonder given Roly's ongoing stewardship if it means anything at all if we did.