What ? Not The Doctor Ordered ? 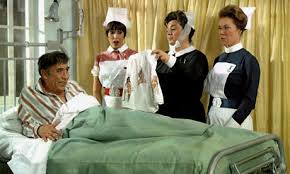 Having been suffering from man flu for over a week now the last thing I need is a follow up to the pathetic MK Dons display. However, it’s hard to believe that we’ll witness anything other than a repeat performance and maybe worse against a Wednesday team that is bang in form.

I needed to see the doctor at the start of the week. He advised me to use a nasal spray for my cold but tells me there’s no drug in world to cure me of my strange addiction to Charlton.

Talking of medical folk, the rumours of former Chelsea doctor Eva Caneiro joining the club remain strong. Unlike some of our more recent appointments she’ll have plenty to do and would no doubt be a more than useful addition to the medical team. 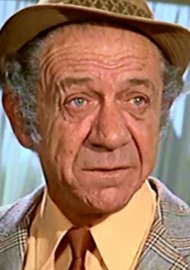 However, whatever problems we have at the moment I don’t think the recruitment of the good lady doctor should high on the list. Roland seems keen on adding another young filly to the fold. What a Carry On ! It’s not hard to envisage him in the Sid James role !

As I said in my previous post I don’t think I’ve a Charlton side so dispirited and at odds with itself. There were plenty of disagreements and we appeared totally unorganised. On several occasions two of our boys challenged for the same ball….a sure sign that there’s trouble at mill !

Aside from the unnecessary booing of Poyet the chanting of “ you’re not fit to wear the shirt “ was as depressing for me. Whatever you think these boys are all we’ve got and we need them to go out and play again for us tomorrow…….there isn’t anyone else !

It’s all counter-productive and it doesn’t do any good or change anything. Give the lads what support you can and leave it at that. I’m too down anyway to boo them !

I see our present manager has urged us to do our job ! Hello ? Since when did supporting your team become that ? Much like our recent job holders I don’t remember the interview. Depending on how you look at it it’s an accident of birth although I wouldn’t change it for the world.

Should Mr Fraeye start to show one iota of passion himself then maye he’ll have earned some right to ask us fans of more. Until then or we start getting some results then best keep schtum mate.

It is entirely possible that tomorrow will be the only home game that Karel manages. That’d be some record eh ? Maybe take the opportunity for an autograph or selfie before it’s too late ! 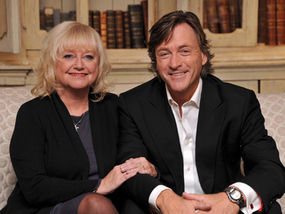 Will the international break be used to address some of the issues surrounding the club ? Unlikely I guess but one can hope. In the meantime a  “ randomly “ selected group of fans will meet with Richard and Judy. Ice-cream and jelly will be provided and they all get to take home a Charlton stationery set after.

They'll no doubt get a good grilling. As Sid would say " you'll need a stiff one after that ! "

I travel to The Valley tomorrow with expectations at an all time low and I’m not looking forward to it. Almost anything other than a right spanking will be a positive….that’s how bad it is !