Take Me To Your Leader 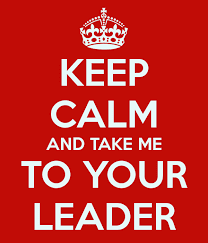 The omens weren’t good on Saturday when I discovered that York café was closed and I was denied my favourite S.E.7 brekkie ! Things didn’t improve from there.

Following the two rather unexpected victories hopes were high that the lads would get something from the game. Sadly, they failed to garner even a point and the previous mood of disillusionment returned.

Karel named an unchanged side, something of a rarity this season with all the injuries and chopping and changing. Holmes-Dennis certainly deserved to keep his place but why he didn’t start in his preferred position is a mystery that deepened further Fox returned another sub-standard performance.

Why Solly didn’t start is another enigma. It made little sense. After a really good effort against Wednesday it was further puzzling to understand why Reza didn’t feature in the starting eleven.

Given the physical nature of McCarthy’s side the selection of Big Mak didn’t make a lot of sense. One assumes that Karel had done his homework. The Dane got little change out their back four all afternoon.

Reza’s constant hassling allied to young Lookman’s skill would seem to have been the better option. Vaz Te proved he ought to be starting soon and I understand why he didn't on Saturday given that he’s short of match fitness.

When Skip suffered his hamstring tweak he disappeared along with our chances of getting anything from the game. The subsequent substitution and passing on of the captain’s armband highlighted a couple of issues.

Firstly, we have no leader in Johnnie’s absence. Goalkeeper’s are rarely made captains and for good reason. Their ability to motivate and generally gee up the team is made somewhat difficult when you’re mostly many yards away from the team. Clearly there’s no one else in the team deemed worthy and I couldn’t see any leaders out there.

Secondly, that Holmes-Dennis had to move to left midfield ( ultimately he played in three different positions ) put to bed Karel’s claim that the squad is big and good enough. We all know it isn’t.

Despite the 3-0 scoreline I don’t think the performance was quite as bad as many believe. I thought we started quite brightly and in the end were denied a few times by some splendid saves from Gerken. It wasn’t as though we didn’t create anything and it was streets ahead of the woeful display at MK Dons.

We weren’t helped by the indifferent display from the referee. He got taken in by the antics of some of the Ipswich players. Some cynical and rather depressing behaviour but to be expected to some degree.

One would like to think that our owner would take a look at the manager in the opposition dug out and take note of what can be achieved by having a manager who is experienced at this level. He consistently achieves a top 10 finish on a budget not totally dissimilar to our own.

Town also lost a very promising youngster in the summer but don’t seem to have suffered to the same extent as us !

One assumes that a few players most notably Fox, Sarr and Big Mak will be fearing for their places. If not, they ought to be. Vaz Te, if fully fit, deserves a start as does Lennon who can surely only improve the back four.

Next Saturday won’t see things get any easier for us……Good Old Sussex By The Sea is about the last place we want to be going at present !
Posted by Phil at 12:37