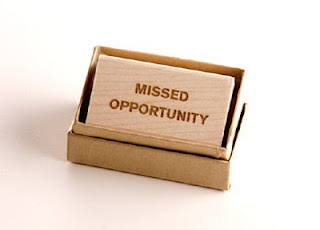 The shock news of Steve Kean's departure on Friday evening was going to have an effect in one of two ways. Either it would galvanize players and supporters or it would knock the stuffing out of the team. We now know it had the latter effect. Most of the Rovers side looked lost and were certainly far from " up for it ! ".

The relatively sparse away following was similarly affected.......possibly the quietest bunch at the Valley for some time when one felt that had much to celebrate.

Rhodes and Murphy in particular had little to no impact on the game with both being largely anonymous. You only knew Murphy was playing courtesy of our fans saying welcome back and his constant moaning to referee Deadman.

David Dunn came on as a late sub and it was evident as to the whereabouts of the elusive Steve Kean....he'd been eaten by Dunn.

The shock news of Fuller's mystery illness resulted in us going 4-5-1 with a recall for Hollands. This to me seemed illogical on both counts. Why change the formation you'd worked on all week ? Smith should have played. BWP is not someone to play up front in the said formation. Aside from that Pritchard would have been better suited to come into midfield.

Rovers were there for the taking and why we didn't sling on another man up front especially in the latter stages when we were well on top I simply don't know. Had either Yann or Fuller played then I've little doubt we would have won the game.

I would have taken a point before kick off but seeing what unfolded was left frustrated that we didn't secure all three. You've got to go for it at home, surely ?

Most players had a good game and although I'm not Dale's biggest fan I thought he did rather well. Morrison was immense and Green maintained the decent standard he's played to of late. Danny was unlucky not to score in hitting the post.

I felt that the team played well although I'm not sure if that wasn't in some measure due to the Rovers performance. I can't believe that Watford will play as poorly as Rovers on Tuesday.

I hope the injuries to Jackson and possibly Kerkar doesn't mean we're without either for too long. Last season we were very lucky with injuries, this term is proving the opposite. However, on a more positive note the acquisition of Abdul Razak is a very good one. Comparisons with a young Alex Song wouldn't be far off the mark as he has a good eye for a pass and usually going forwards with it too. I hope he is given a start on Tuesday.

Finally, a word about the supporters trust. I know it has been highlighted on other blogs but will add my own plug if I may. I did a quick survey with regular Charlton Life contributor, Seth Plum before the game. I would be happy to contribute a fiver to this worthy cause especially as living a fair distance away from the Valley leaves me unable to make a much more meaningful contribution. You can find out more at www.castrust.org.

Looking forward to Tuesday although, as I said, it'll be a damn sight harder than Rovers yesterday.