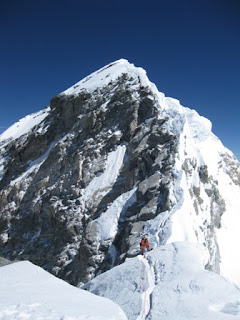 Will the Addicks surrender top spot tomorrow ?
Come 4.55pm tomorrow and Charlton may have lost top spot and even Notts County could be above us.....a sobering thought !﻿
Having garnered a decent amount of points prior to the previous 2 games having taken one only 1 since wouldn't normally be cause for concern. However, as has been pointed out elsewhere it is the manner of the results that causes a worry.
I will plead guilty to allowing myself to be slightly carried away by the victory at Bramall Lane. I felt that was a great win and one that I hadn't anticipated us getting. That however is to overlook my own fears expressed in previous posts that we would pay soon for some of our shortcomings. Whilst there's little doubt that beating Sheff Utd was a jolly good show﻿ previous victories or indeed draws were far from convincing.
Sir Chris has indeed tinkered with the side largely as I would have liked to be honest but it's not really worked out. Overlooking the puzzling omission of Solly last week, I'd have gone for Yann and Green being in the starting eleven. Green hasn't played anywhere near the level, I and indeed I suspect, a large number of Addicks fans would have hoped. In addition, whilst Yann wins numerous headers, he doesn't seem to link up as well with BWP as Hayes whose all round game seems slightly better albeit that he may not score as many.
The solution to the latter dilemma would seem to be to start with Hayes and bring on Yann later as his ability as an impact sub is proven. Not sure I can quite bring myself to suggest that the same approach is taken with Wagstaff over Green, however, if Danny doesn't shape up then Wagstaff will merit a start over him even if only for his potential to score.
I've felt for a while that Stephens is fortunate to keep his place as his performances haven't been anywhere near those of August and early September. Allied to that I firmly believe that skip is better in central midfield. Will the boss make that change I wonder ?
As I reflected last time out, there's nothing inherently wrong with our defence which as I said made last week's dropping of Solly a somewhat odd decision. Surely being top of the league and with a 100% record on the road we should be making the oppo worry about us rather than vice versa especially when that oppo is Stevenage.
Carlisle stump up at the Valley on a good run of form. Patience is the order of the day and us as fans need to
" get behind the boys ! " and offer every support.........I'll even give Wagstafff a cheer if it helps !
Gregory Abbott may well shake us down from top place.......let's hope not. Hopefully the management team will have been working hard to get us back to where we were at the start of the season. Thankfully Sir Chris hasn't been daft enough to suggest that " there'll be a backlash " or " big reaction to last week's defeat "   ........when managers made these comments there usually isn't and it only serves to galvanise the other team !
Let's hope for a return to some decent football and winning ways.
Come On You Reds !