I guess that's why they call them the blues 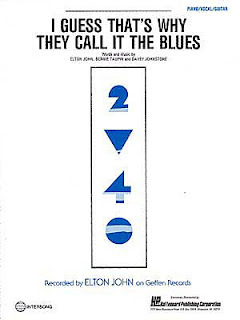 Carlisle fans certainly had the blues yesterday
I had much sympathy for those hardy Carlisle fans that made the long journey to the Valley yesterday. Their team produced such an insipid performance even allowing for the loss of one player. It'd be nice if their club offered to refund them some money but perhaps given the general state of finances of football outside the Premier league that is unlikely to happen.
The display from the Blues makes it a little difficult to assess our own. However, we started with positive intent and maintained that pretty much throughout although invenitably we tapered off somewhat after the fourth goal was scored. I guess the players aren't to be blamed for that especially as a midweek game looms large on the horizon.
Hughes was a more than adequate replacement for new dad Stephens. When he returns I hope that he will rediscover his early season form. Hughes was quielty effective and conducted his defensive and attacking duties in equal measure.
Green retained his place and produced a more competent performance living up to his initial promise. Yann too of course was kept in the starting eleven. Aside from the goals his link up play was far better than we'd seen to date and it was clear that a lot of hard work was done on the training ground during the week.
I, amongst probably all others, save for Cort was pleased to see the hardworking Solly return to the back four. Another polished show from young Solly.
Hamer did well in saving the penalty although I was concerned to see him flapping again at a couple of corners / crosses. In addition, he had a couple of dodgy moments in the first half that I hope was entirely down to the sun blurring his vision. I got a cap at my cricket club's end of season do last night perhaps I ought to post to Ben !

The opening goal was a good header from Yann although unchallenged he buried it with power and accuracy. BWP's finish for the second was as exquisite as it was precise. The third could have been scored by anyone of half a dozen players and the fourth was a poor effort from the keeper but no less than Hollands deserved.

An accomplished performance by the whole team. Hopefully we are starting out on another long unbeaten run. We all ( well me anyway ) got a bit carried away following the win at Bramall Lane and a good win over a poor Carlisle team isn't reason to repeat that. However, if we can maintain that level and keep passing it well then we may again enjoy success even against those teams who opt to be in your face and frustrate.

Huddersfield's unbeaten run continues and Jordan Rhodes﻿ bagged another hat-trick. Despite what heir chairman says we can but hope that a club buys him in the next transfer window. Sheffield Wednesday's good run continues too so it's important that we do the same.

The upcoming games away to Wycombe and Hartlepool are tough but winnable, even more so if we can carry on where we left off yesterday. It was a rare occasion that one could relax from half time knowing that even the Addicks couldn't throw it away !
Posted by Phil at 15:56