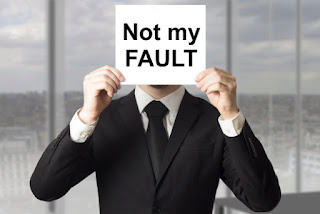 Never mind that we apparently dominated the game the real fault lay in the team yet again failing to convert chances into goals. Donny are in poor form and haven't won a game all year and we couldn't beat them or hold onto the lead.

The opportunity that fell to Reeves best typifies the inability to score. In that position any player, even one without an eye for goal, shoots to the far post. They certainly don't pull the ball back to the penalty spot.

There has to be a reason why we struggle to win games or more convincingly when we do. As sure as eggs are eggs it's down to an awful lot more than " the rub of the green " as Robinson would have us believe.

For someone who likes to portray himself as the great motivator the manager sure knows how to mistreat players. KAG gets loaned out and Aribo get dropped. In both cases the players deserved a run in the side. In Aribo's his replacement JFC did little against Oxford to suggest he should retain his place and yet he gets singled out for praise and does just that.

Magennis fails to score in 14 games and always starts and never gets subbed. Not even coming off for even the last 15 minutes. Never any attempt to try something different.

Robinson never ever wants to accept any blame. I vividly recall the defeat away to Northampton last season. A dreadful performance. Afterwards Robinson told us all that in the lead up to the game he'd seen things he'd never seen at a football club before.

As far as I'm aware he never has explained what that was. Like most things he says it would appear to be a diversionary tactic.

I read with interest that some will cite his age and say he is still learning. Yes, he is relatively young for a manager but he's been doing it for 8 years now and in any case, I'd rather he didn't learn on the job with us ! I say that but in fact, there's little evidence that he's learning at all.

Robinson talks and talks, uses words like passion, desire and commitment and bandies them around like confetti. They roll off his tongue in failing attempts to convince us that he knows what his doing and can motivate players.

Like his time with MK he gets famous names in to " aid " with training sessions. More attempts to impress us. Look who I know ! Up here ( MK ) he had Ian Wright and Robbie Fowler to name but two. Trust me it really didn't do them much good.

Recently he's had Darren Campbell at Sparrows Lane. Again we're supposed to be impressed by this. I do understand the benefit of players have a greater knowledge of the mechanics of running but their time at present would surely be better spent on practising defending or shooting ! It's just a gimmick.

Bizarrely in spite of all this Robinson is heavily linked with the vacancy at Barnsley. I don't think he'd take it even if he were offered it. I don't believe he wants to move away from MK. In any case he previously turned down a bigger job at Leeds.

He has a reputation for expansive football and yet that is rarely converted into goals. Add to that our team's defensive frailty against the most average of teams plus the manager's poor game management and it's easy to see why we are under achieving.

Unless Robinson has a road to Damascus moment it's hard to see things greatly improving. As we now have two players for every position he really has no excuses. Failure to beat Bradford on Tuesday would be a further blow to any play-off hopes even if it we did qualify it seems unlikely that we would beat a team over two legs.

For Robinson to turn things around he needs to wins games, talk less and accept responsibility when he things go wrong................I'm not holding my breath !