Any Chance Of A Win ? 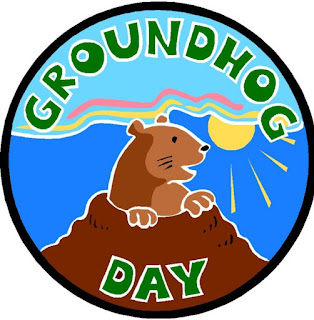 On Tuesday Pancake Day was in fact Groundhog Day !

Pancake day predictably fell flat and as the Addicks failed to score more than once whilst dominating the game and the late equaliser was eggsactly what we’ve come to expect.

We got battered in some tackles and it was no yolk !

Ok, enough of this nonsense but if we don’t make light of our recent performances then we’d cry !

Not unexpectedly post match on Tuesday Robinson was not accepting responsibility and this time it was the referee who was next up in his book of excuses. We’d not had official blaming for a while so it was somewhat overdue !

Wow ! There’s a first and strangely I haven’t heard or read that before anywhere. I’m fairly certain he wasn’t saying that immediately after the Oxford game. As I recall he was blaming one player in particular.

I think the manager is aware that most fans’ patience is wearing thin with the endless excuses and refusal to accept his part in the recent loss of points and hence the comment. Rather like playing Aribo he only did it because he felt he had little choice not that it was the right thing to do.

Robinson also spoke about the Barnsley job that he’d been linked with. “ My agent phoned me saying ‘listen, this is the situation’, and I said ‘I don't want to be on it [the shortlist]’.

“I don't see Barnsley for me. This is a place where I want to be. I want this club to be in the Championship - it’s as simple as that. But we have to go to the Championship clean, with everything that’s happened over the last five years gone.

“We've worked hard to put ourselves in this position and I’m not going to walk away from something when we've worked so hard over the last 12 months.

“There have been other opportunities [to leave] while I’ve been here, but I spoke to my agent the other day, and I’m so happy. This is an unbelievable club.”

( Robinson has an agent ! Why on earth do managers need agents ? What if this agent also has players as his clients at some stage one would think there'd be a conflict of interest somewhere surely ? All very odd ! ).

As ever he attempts to say the right thing but has to add that we are an unbelievable club. Are we ? We were a role model a few years ago but it’s been downhill since then. We weren’t so unbelievable that Eddie Howe or Chris Wilder wanted to manage us.

I know that we can once again be a great club and one to be really proud of with the right stewardship. That’s going to take an awful lot of time and effort but it can be done. That needs a lot of appropriate decisions to be made not least in appointing the right manager.

I don’t believe he wants to move any further north than London. I’d love to know what these other opportunities are. They could be for a team in League Two or below who knows.  In that respect he’s not being disingenuous but it’s stretching things a bit.

Robinson also came armed to the press conference with data about the distances covered by players in recent matches. Honestly, who the hell cares ? The only data we’re interested in is the goals for and against and points gained ! If only the manager’s football tactics were as good as his diversionary ones !

On Saturday we will face an MK team who have only won twice since September, lost 5 on the trot and only scored 1 goal in the last 4 games. They haven’t won in the league since beating Peterborough 1-0 on 30th December.

They are likely to be without Chuks Aneke a player who would have been a handful for our defence. That ought to make the task a lot easier.

They have appointed a rookie manager that looks like what one might at best describe as a brave decision. I think they needed an experienced head at a time like this. We shall see if the new man can turn things around.

Should we fail to beat MK then that would be the worst result amongst many that we’ve had lately. Realistically he'd be in the last chance saloon but luckily for Robinson there's no one to pull the trigger !

How on earth we remain remotely in touching distance of a play-off spot is beyond me. How poor are the teams in and around there ?

In recent matches Coventry took 10k to MK and last week Pompey took 6k. I don’t expect us to match either of those but with a relatively close game like this it’d be good to see a decent turn out from us.

It’s certainly an easy journey for me as I live a 10 minutes car journey away from the ground although will be heading elsewhere for a pre-match beer.

Let’s hope we can return to winning ways ( Scoring more than one and not conceding in the last 10 minutes would make a nice change ) and please God, Robinson will spare us the group huddle and OTT celebrations if we do.