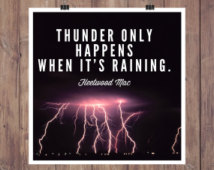 ...and all we get is NightMeires !

The Talksport interview with our CEO as expected gave us no answers and as she repeated the same old narrative.

Still no acceptance of her part in this mess. In response to the allegation that's she's out of her depth. " I wouldn't still be here if I was ".

No ! It's only because Roly, for some obscure reason, refuses to sack her !

I'd have pressed her further and asked her at what point would she feel she ought to go ? How bad does it have to get before you feel you need to resign.

Things at Standard Liege were different apparently. Really ? Why ? How ? Jim should have asked her to elaborate on that. I can't see anything other than fans were fed up with the owner and wanted him out which sounds familiar to me !

No offers to buy the club ? Really ?

The massive drop off in season ticket sales is purely down to relegation. It wasn't the same last time we were relegated so it's got to be more than that.

Sadly that interview got diluted with input mostly from Danny Murphy. Whose input really didn't help and only served to get her out of a hole.

Clearly Murphy did no research and hasn't a clue. All he could pick up on was the visit to her parents place. Murphy feels all fans want is improved results.......arghhh !!!

Similarly Dean hasn't a clue either. Both bought into the open dialogue and were in awe of the training ground investment.

Why not ask her about the comments about seeing our players in Premiership playing for other clubs.

Those two helped her have an easy ride as they made it more of a generic football discussion.

She needed to be asked many more pertinent and difficult questions but sadly
A lot of talk about the investment in the club but not explanation that it is all in the terms of loans.........he'll want his money back in the end you numpties !!they didn't get asked. Had there been a fan in the studio with her it would have been better. They would not have let her off the hook.

Sadly it was all to predictable and at the end of this interview we're no nearer knowing Roly's intentions or to having any hope that he'll go any time soon. Clearly Katrien will cling on as long as she can no matter how bad it gets.

In the end, to quote Denis Healey...." it was like being savaged by a dead sheep ".