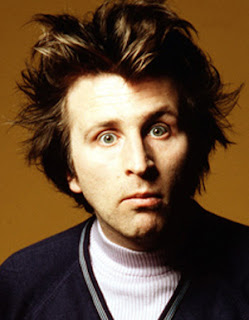 " My mother made us eat all sorts of vitamins and supplements, until one day I nearly choked on part of The Sunday Times”
Timing is very important in comedy. That is also true of football. Therefore, it's very disappointing that Sky got its grubby little paws on our game against Notts County. Moving it to tomorrow when I've got tickets to see Milton Jones at the Stables in Milton Keynes ( no relation ) is a real pain. Given the proximity of County's ground it's an away fixture I'd probably have done.

By the way........if you're ever up in MK then I can recommend a trip to the Stables. It's a fantastic place to watch or listen to an act and they get a good variety. Staffed mainly by volunteers, it has been going for just over 40 years and was established by Cleo Laine and her late husband Johnny Dankworth.

Whilst I'm laughing at Milton tomorrow I hope the viewing public isn't laughing at our team. The omens aren't good having lost the last two games and we all know about our record for live televised games.

In addition, we are playing on a cabbage patch. The powers that be really shouldn't allow football and rugby to be played on the one ground. We're copping it at totally the wrong time. It may be alright for the likes of charm merchant Lee Hughes but not for our boys.

Some might suggest that Sir Chris has a lot to do after Saturday but I'd say not, just a couple of adjustments are needed. I'd move Fry or Fortune into the defence in place of Doherty who clearly needs a rest. Other than that Racon for McCormack and move Ecclston over to the right. Job done.

As I said before you can't legislate for our mis-firing forwards and the shocking defending from Doherty second half that cost us big time. Even allowing for those defensive lapses had we taken just half of our chances we'd have won comfortably.

I'm still with Sir Chris. He has the potential to be a very good manager. He and the current board seem to be going about things the right way. It's a total rebuilding job and they are laying the foundations. We all want instant success however let's be patient. I'd rather see Sir Chris flourish and enjoy success at our club than another one.