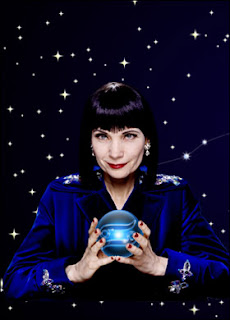 MM demonstrates her ball handling skills........perhaps she should have kept goal for Posh yesterday
﻿
My pessimistic mood and heavy defeat predicition were, thankfully, wide of the mark. I had a real Victor Meldrew feeling yesterday morning and too at half time in a different kind of way...............I don't believe it !

Ante-prandials were consumed in the wonderful Palmerston Arms which served very toothsome ales. All very pleasant. Loads of friendly Posh fans in there too with no hint of aggravation which is always welcome. A few chips en route to the ground were pleasant and passing The Happy Valley Chinese takeaway had me wondering if that it was actually going to be our day.

Like the players, the Addicks fans seemed well up for this one and were in good voice. The lads came out of the blocks like I've not seen them for many a month.....that was pleasantly unexepected as indeed was the half time scoreline of 4-0 ! Wow !

Having missed the trip to Carlisle I'd not seen us score 4 away from home since goodness knows when. One fan was reminiscing about 1966 as the last time he could recall it. The full time 5 goals and I was fairly confident I'd never seen us score that many possibly even at the Valley ( I missed the Southampton premier game.......... away on a badly timed holiday ! ).

Elliott seems to have confidence restored and made one of a few good saves early on yesterday. I have to say Doherty played well and won a few important headers with Dailly again mopping up when needed. Franics won a few headers too but still looked clumsy.

Martin was certainly in the mood and played ever so well when he replaced Joe. He and Benson did brilliantly in chasing down the ball for the fifth goal.

Good thinking by the CAFC management saw Semedo, under instructions, pick up a fifth booking for time wasting that rules him out of Tuesday but available for the Yeovil game.

I bumped into Ketts at half time both of us a little shocked at the scoreline. As he says someone is due some credit for the upturn since the Brighton debacle and his belief that Mr Murray may have had an influence is probably correct.

Parky has certainly got turned it around since the Seagulls slaughter. I remain to be totally convinced but you've got to acknowledge the results since then.

A couple of post match beers in the nearby Peacock was very pleasant and again some very good natured  Posh fans. To a man they are all supportive of their manager and believe that if they can get the defence sorted they'll do well.

The majority of results went our way yesterday and second place is ours. Who'd have thought that after Gus hopped on the bus departing the Valley a month ago.