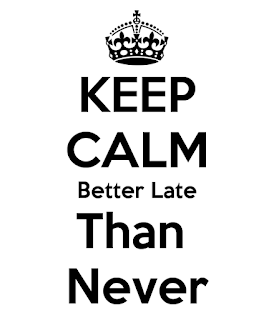 What a game on Saturday ! 5 minutes remained of normal time when astonishingly a good number of people around me left The Valley. I've never been one to leave early and have always drummed that into my lads because " you never know what you might miss ! ". The result against Hull demonstrates this perfectly.

Once Hull had equalised and the 8 minutes time added on was announced there was only ever going to be one winner and that wasn't The Addicks ! Momentum, so crucial in all sports, was most certainly with Hull. In any case we always seem to lose in those situations. Not on Saturday though !

Had Hull walked away with a point it would have been totally undeserved. The whole performance speaks volumes about this current Charlton squad. Already shorn of at least three key players and suffering more injury set backs during the game the team managed to overcome that and a deflating last goal from Hull to secure the win.

It's hard to fault anyone amongst a number of really good performances. Kashi again had a storming game and I'm increasingly impressed with him. Bauer remains solid and my doubts about Diarra playing at centre-half have totally dissipated.

JBG was good as always and the Great Dane had a superb second half and is seemingly winning over many fans.

Hull have got to be disappointed by their performance especially when one looks at their squad. The contrast in managers was stark. I couldn't detect any emotion or passion in Bruce and that was reflected in his team. No doubting the emotion or passion of our manager which wasn't understood the referee.

I thought the ref had a good game save for his dismissal of Guy and his booking of Ba for time wasting as he left the pitch. I've no problem if officials are going to be consistent with that but they're not are they ?

All credit to Luzon for playing Cousins at right back. Not many saw that as an option but young Jordan had a great game. Cousins apparent willingness to play wherever needed and in the best interests of the team is one of things that endears him to many fans. That allied to his undoubted ability and commitment to the cause.

My hope before the game was for a win, no problems with season tickets and better service in Crossbars. As far as I know there weren't any issues with tickets, we certainly won and Crossbars was better although the London Pride had disappeared. Hmm, I hope that returns but that disappointment is tempered by a good win.

Any result against Wolves on Saturday will make this an excellent start to the season and one that few would have predicted when the fixtures were announced in June.

One lives in hope that there will be further additions to the squad and that they aren't left till transfer deadline day as that always smacks of desperation. Hopefully our undefeated start to the season will help attract some more quality.

I hope that our promising start has escaped the attention of Sky as unlike some I've no desire to see us on telly. Not only do we rarely win when we are I like my football at 3pm on Saturday thanks because that's how it should be !