No Ricky, No Nicky 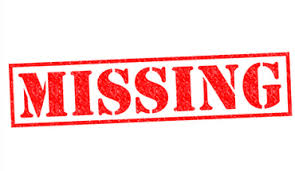 Yes, missing both players and chances !

Bury currently sit in 22nd place in League One having made an inauspicious start to the season. Even without our help the started with a home win since when they've garnered only two more points courtesy of a couple of goalless draws.

One of those points came in an away game against Rochdale. Don't be fooled into thinking that the Shakers shut up shop on the road as their last two away league games have been 5 goal thrillers in which they lost by the odd goal.

I'm sure that boss Lee Clark wants to put an end to the losses. In fact, he'd probably loved to go on a long unbeaten streak no doubt featuring numerous meaningless draws whilst finishing just outside the play-offs places. Should such a thing occur perhaps we could end the run at Gigg Lane later in the season.

Despite not getting the ideal results Bury have some good players in their ranks and won't be a pushover. Given our propensity to miss many gilt edged chances even if we're winning like most of the games this season Bury will be in with a chance making for a nervy game as we need to win to get back on track.

As it is we're going to be under pressure to get a result following two disappointing performances. The task is not made any easier without the hot-headed Ricky Holmes. The name Holmes is of course synonymous with a superior intellect but there's been little clever about the way Ricky has amassed 5 yellow cards already this season. In fact had he connected with a Wigan player in a rash sliding tackle he might have been missing more games.

There's not much competition to replace Holmes with both Marshall and Reeves missing. Robinson now admits it was a mistake to play the china doll that is Reeves so soon. With a nod to our missing winger.......no sh*t Sherlock !

You'd not believe that Robinson was Ben's manager for so long previously. Indeed as I've said previously the manager took a gamble in signing him and his dodgy injury history is the reason he wasn't snapped up by a Championship side at least at there's little doubting his ability.

Robinson remains welded to his formation and apparently is unable or unwilling or both to change it come hell or high water. Even when things aren't working with his system ( I'm loathe to say Plan A as this is to suggest there's is an alternative and there really isn't ! ) he hasn't made the best use of his subs.

Dodoo unsurprisingly for a last minute.com signing really isn't pulling up any trees. We're told he's better on the wing and I wonder if he wouldn't prosper as an out and out striker. Sadly, I fear we may never find out or at least under Robinson we won't.

Effectively two of our own are missing Saturday's encounter as Nicky Ajose is ineligible for Bury and probably just as well.

Two away games follow the Bury encounter before we enter Round One of the cup. One used to fear a regular exit in Round 3 nowadays we need to achieve two cups wins just to get there.........God help us !

Let's hope that we can find some fluency and greater consistency that would see us play more than just one good half, More importantly we need to take more of those chances and greatly improve our defensive display.