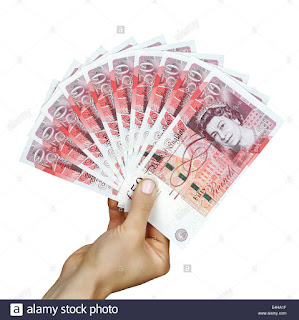 This year we actually have a connection with the Premier League, we’re both celebrating a 25th anniversary.

In my view not only as a Charlton fan but a total football one too I believe ours is the one more worth celebrating.

Our celebration is one that has the genuine football supporter at its heart. Sadly, the same cannot be said of the EPL’s. Some believe that the game and overall football experience has been improved by the inception of football’s elite league but I beg to differ.

Football in general is now a very different beast to that which existed 25 years and it’s not just the emergence of the EPL that has led to that. The world’s governing bodies FIFA and UEFA have made decisions which have greatly damaged the game.

Let’s examine various aspects of English football today compared to that of 1992 and see if it’s any better ( other than Charlton back in S.E.7 of course ! ).

EPL and The Football League

The EPL setting up itself as the governing body of top flight English football and eventually saw the number of teams reduce from 22 to 20 teams as we could hardly expect players to play so much football !

The aim, we’re led to believe was to improve the quality of the football. In reality many seasons down the line how many really good and memorable games are there ? Sunday saw Chelsea and Arsenal play out a pretty uninspiring goal-less draw despite the usual pre-match hype from Sky that frequently accompanies such fixtures.

In similar fashion to Charlton dropping down a division I’m not aware of a reduction in season ticket price to reflect the loss of the 2 home games ( lower quality football in our case of course ).

The Football League despite naturally having more members and “ customers “ than the EPL is very much the poor relation in every sense of the word.

Competitiveness of the League

Given that success in the EPL is largely driven by the extent of the financial backing a club has it comes as little surprise that while 49 clubs have competed since the inception of the Premier League only six have won the title:-

We are highly unlikely to ever see a repeat of Nottingham Forest’s triumph in winning the top flight having just been promoted from the second tier.

Competitiveness in Europe and World Football

Since 1992 the European Cup / Champions League has been won by :-

Not exactly dominating the scene are we when shortly before the EPL English clubs won the European Cup ( then a knock out competition ) 7 times in 8 years.

I can’t be bothered to research in any detail England’s success on the world and European stage but unless my mind is playing tricks save for some relative success at Euro ’96 it’s been pretty dire.

My apathy towards the national team is matched by that of many players. They earn so much why should they be motivated to pull on an England shirt when the real money is in the top league and / or on the European stage.

Pride in playing for your country is something that is seemingly a disappearing trait.

There are increasingly few British managers in the EPL and the opportunities for them decrease every season with the trend towards foreign managers.

Following the move to all-seater stadia leading to a reduced capacity for most grounds has seen an increase in prices. Many clubs have left their old grounds behind and moved to newer arenas.

Some, like myself, would argue that this hasn’t necessarily improved the matchday experience. One could usually get a seat in a stand if you preferred to sit but most fans would want to stand as we mostly did when I were growing up.

Nice toilets ( to an extent ) and getting a beer, coffee or snack are all very well but the over-riding enjoyment comes from an atmosphere made on the terraces that is somewhat missing from sedentary support.

Older grounds have more character and are much more pleasurable to visit even if they aren’t easily accessible and are harder to find !

Those not of an armchair variety are the least important in the overall equation. As discussed elsewhere the price and timing and date of the game will not be in favour of the genuine supporter.

All of this very ironic given that without the live support there is no atmosphere no matter how much that has been diluted by various factors.

Not much to say other than clearly transfer fees prices have escalated beyond belief. The revamped European competitions have added to them too. Today even a bog standard Premier League player will set you back a few million.

There are now vast amounts of money washing around in some clubs as they have been acquired by extremely rich owners who can afford to spend millions on what are often average players.

Season ticket income sits well behind the TV and sponsors money. Despite that clubs like Arsenal charge ridiculously high prices for season tickets. Many require that if not a season ticket holder you pay to a member just to be in with a chance of getting a ticket for the less attractive games.

Some of this would be forgivable if a decent amount of money permeated its way down to league and non-league clubs but so little of it does, only relatively token amounts.

Many Prem teams ought to play in stripey shirts and wear masks as clubs like our frequently get robbed of promising young players for a relative pittance in return. As such there’s little incentive for the top teams to have academies.

Even if they do then like Chelsea they can loan them out to numerous clubs for them to progress before returning either as improved players to play for their club or to be sold on for a decent profit that they haven’t worked too hard on,

What can one say of matchday itself. Firstly, you’ll have already shelled out a decent wedge to get your ticket aside from travel costs.

If you’re lucky the game will kick off at 3pm on a Saturday although unlikely. If you’re even more lucky the game won’t have been re-arranged at the last minute after you made all manner of arrangements to ensure that you can be there.

The atmosphere is likely to be quite sterile even though you may have been handed a clapper to help generate a truly lively climate !

It’s possible that you won’t even have to go as the game will be aired somewhere and after all, one can’t overlook the armchair fan !

Are you likely to see a classic ? Maybe but I’d argue that many games don’t live up to the massive hype that Sky and others promote. Most games can be predicted to go one way due the gulf that exists between the top 6 or 7 clubs and the rest who’ll scrap for a draw or maybe an unlikely win.

In addition, law changes such as the back pass one and greater protection to keepers and other players make the game a less enjoyable spectacle to a degree.

The vast number of subs permissible is another fillip to the bigger clubs as if they needed any more help !

The domestic cup scene has taken a back seat to virtually all Prem clubs sadly this extends to those for whom survival in the league overrides the desire for a decent cup run or the need to be competitive in them.

Another kick in the teeth to the traditions of our domestic football. One used to await the cup final with baited breath, now it has become just another televised game that could take place at almost any date or time again with scant regard to true fans of the game.

In case you’re wondering………..I’m not a fan of the EPL. Whatever it’s aims only those to make the big clubs bigger and more wealthy have been achieved.

The ordinary fan of what was once the working men’s game has been priced out or totally inconvenienced for the benefit of the TV companies and their customers.

The English game isn’t improved by its existence by virtue of fewer opportunities for our own players and managers. It is a long way behind other nations and have at best been treading water whilst nations like Iceland with no real tradition or pedigree for the game or suitable facilities have overtaken us.

It’s a sad picture and unless the financial plug is pulled I don’t see things changing. That is highly unlikely of course.

I’m not sure that I’d want to see Charlton back there to be honest. The Championship would be an overall more enjoyable experience I feel.

The face of the game at the top level has greatly altered over the last 25 years. I hope I’m around in another 25 years to witness how it will have developed further. Sadly, I fear that like the last 25 years overall it won’t be for the better.
Posted by Phil at 11:43